The Open at Royal St. Georges – Welcome Back 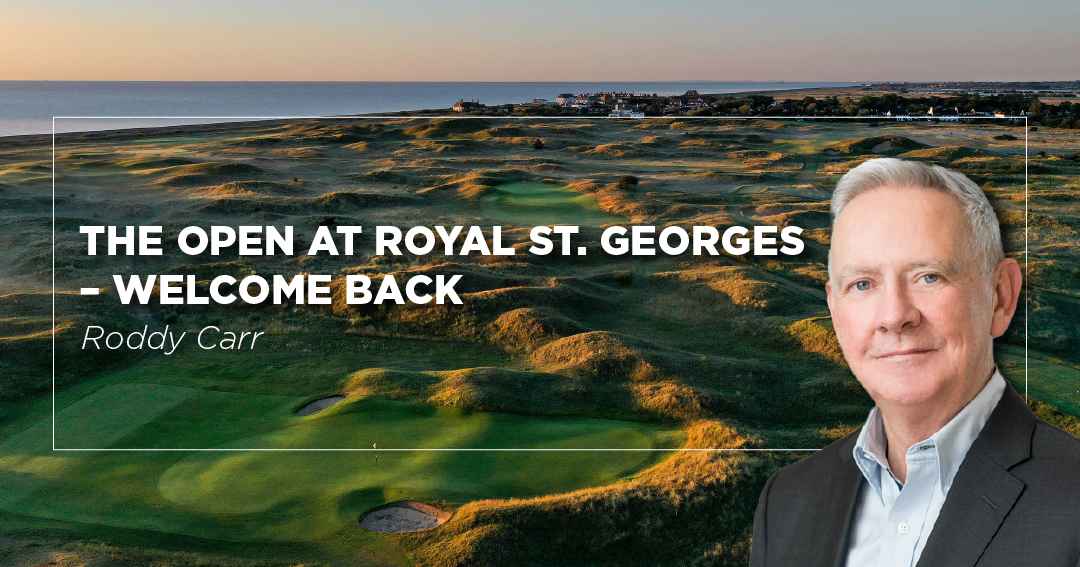 Comments Off on The Open at Royal St. Georges – Welcome Back

The Open at Royal St. Georges – Welcome Back

There is something very British and Old English about Royal St. Georges, or Sandwich as it is called by the older players. I have been lucky enough to play it many times over the years while on tour, along with Deal GC, host of Peter Alliss grand match and situated on the adjoining stretch of beautiful high dunes links land. 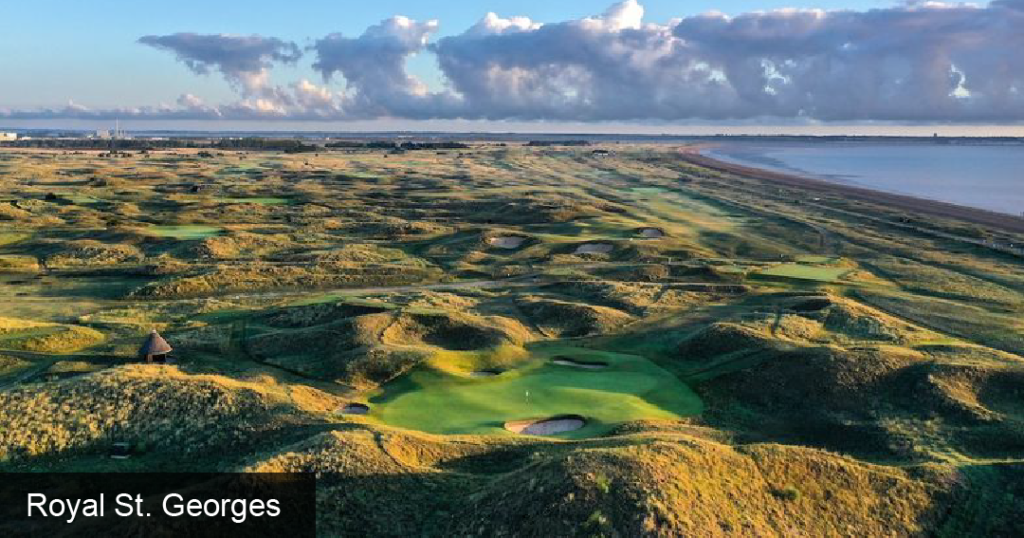 The first thing that strikes you when playing a casual round at Royal St George’s with friends, is that most of the locals are accompanied on the course by their impeccably behaved dogs. There is a dog tying station beside the caddymaster and starters hut and dog watering stations on several points around the course (none for humans!)

The historic town of Sandwich with less than 5,000 inhabitants is like something out of Oliver Twist. Narrow streets, quaint architecture and just a one way small bridge over the River Stour to enter. It’s described as ‘The Most Complete Medieval Town in England’ and is one of the prettiest and most enjoyable historic towns in the South East.

The iconic Georgian hotel, The Bell, is where the great champions of yesteryear – Nicklaus, Palmer, Player – all stayed. It feels so right staying there when playing the Open at Royal St. Georges, with ‘proper’ afternoon tea served daily at 4pm. Nowadays with professionals travelling with their ‘team’, most rent houses in the area and will miss this old English charm. 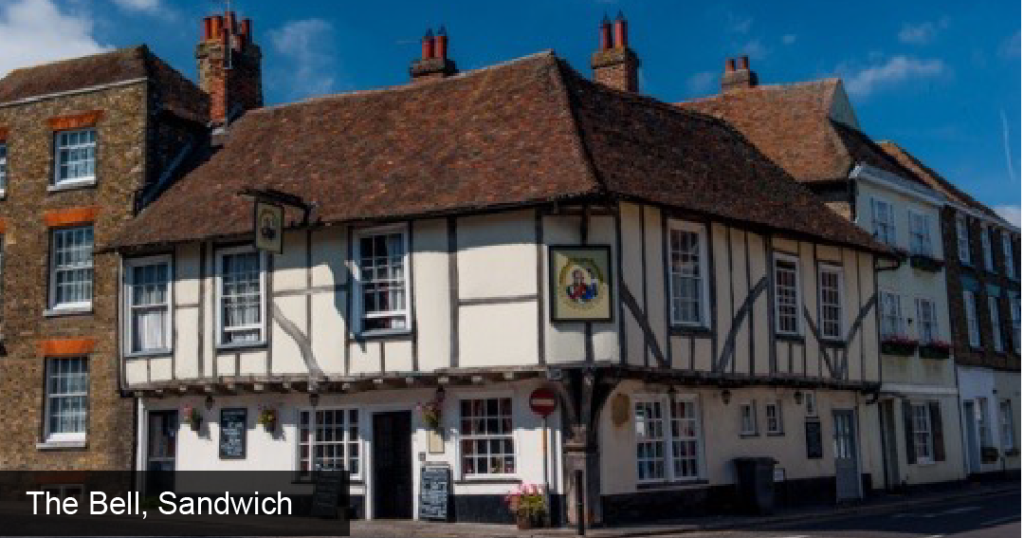 One of my fondest memories of Royal St. Georges is the day that Des Smyth’s career was turned around. We were playing the Penfold PGA Championship in 1975, won by Arnold Palmer. Tom Watson was also in the field and by pure chance when Warren Humphrey’s, Des and I arrived for our practice round on the Tuesday in the late afternoon, Tom was just about to tee off. Des, who was a big fan, brazenly approached Tom and asked  if he could join him, which he did. What Des learned from Tom that day would stand him in good stead for the next 25 years. Des told us later how Tom told him to ALWAYS finish your swing into a photo finish. It made him so much more consistent and therefore confident and he went on to become the great player he is.

The Irish will also never forget the famous Harry Bradshaw ‘ball in the bottle’ story that cost him the British Open in 1949. In all the years I knew Harry in his role as professional at Portmarnock GC, there was no moaning or groaning about that bad luck; those old guys like Christy and he just took it on the chin.

Sandwich has also a very special place in the evolution of the Open into the great Championship it is today. The story my mentor Henry Cotton told us about his Open experience in 1934 is one I will never forget. 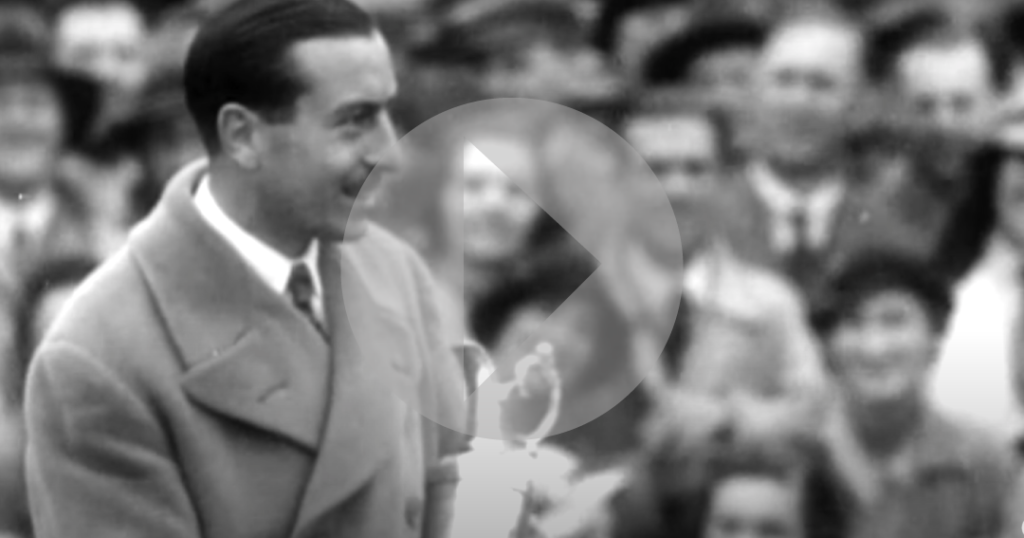 Henry was not your ordinary artisan Professional that drove a Morris Minor in those days. He played golf with King George and drove a Rolls Royce, much to the displeasure of the Members of Royal Mid Surrey where he was the Professional. He arrived at Royal St. Georges GC for his first practice ground on the Monday. He walked up the elegant wide steps of the entrance to be greeted by the uniformed Red Coated guard who asked him who he was. He said, “I am Henry Cotton and I am here to play The Open”. The uniformed guard asked him “are you an Amateur of Professional?”. Henry replied: “A Professional’. The guard then instructed him that he was not allowed in the clubhouse but he could change his shoes in the caddy shed around the corner and he could get a sandwich from the side window of the kitchen if he was hungry. Professionals were not allowed in the clubhouse back then!

Henry said nothing, changed his shoes in his car and played his practice round. The next day Henry was driven by his chauffer in the Rolls and parked at the foot of the clubhouse steps. The chauffer got out, set up a table with the best of linen and crystal glass and served Henry a lunch of caviar and champagne on the steps of the clubhouse. He said nothing to anybody and went to play his second practice round. He shot 65 in his third round (so impressive, the Dunlop 65 ball was named after it) to lead the Open by 10 shots.

Toots, the daughter of an Argentinian beef baron of aristocratic stock, who was incensed with the clubhouse issue went to the farmer who owned the field behind the wall of the car park – in sight of the clubhouse. She rented the field and had a marquee erected that night. Henry went on to win the Open and hosted a champagne reception for ‘Professionals Only’ on that final night to celebrate and hammer home his message. Pure class and a gamechanger from the man responsible for taking the Professionals from the caddy shed into the clubhouse all those years ago. 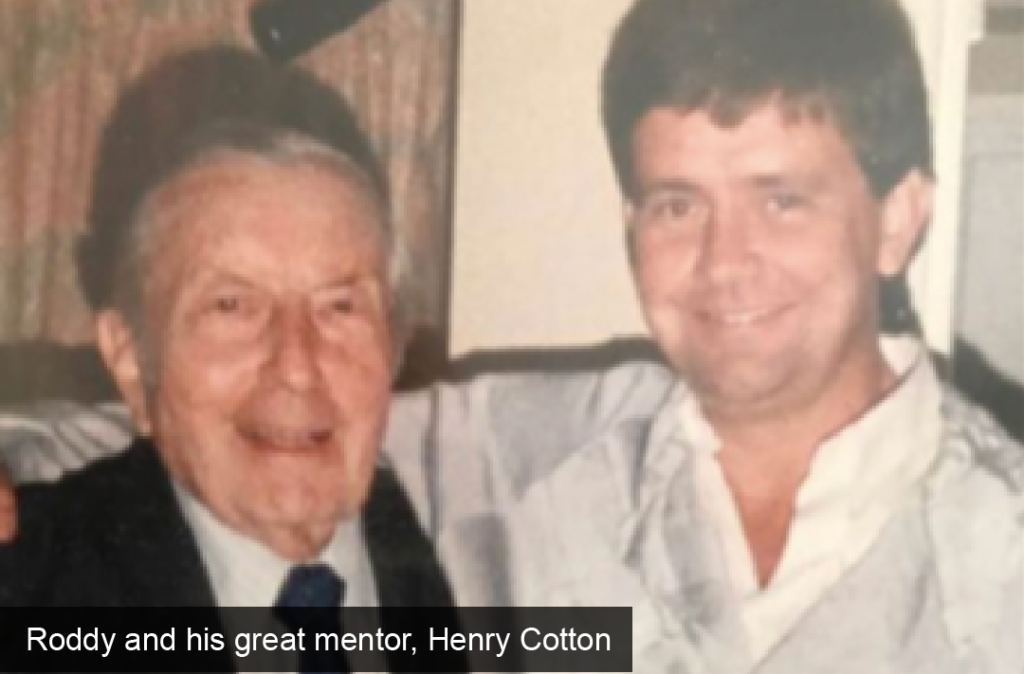 Sandwich has delivered much drama over the years. Norman’s 64 in gale force winds in the last round in 1993 is still referred to by his peers as one of the greatest rounds ever played to win a Major. Sandwich has also been incredibly kind to its own Countrymen, Henry winning in ’34, Sandy Lyle winning in ’85 and of course our own Darren Clarke winning in 2011.

My gut tells me we could have a home winner this year. Rose just loves Sandwich and would be the most popular ‘home’ win. Not far behind in the popularity stakes will be Tommy Fleetwood and lets not forget someone who is always knocking on the door in Majors, Paul Casey.

From an Irish point of view Padraig believes totally that he can still do it like Phil did at Kiawah. Shane will be inspired by his own memories of Portrush and is playing well and never count Rory out, on his day, he’s the best of them all.

It’s great to have the Open at Sandwich back.