Sean’s Selections for The Masters 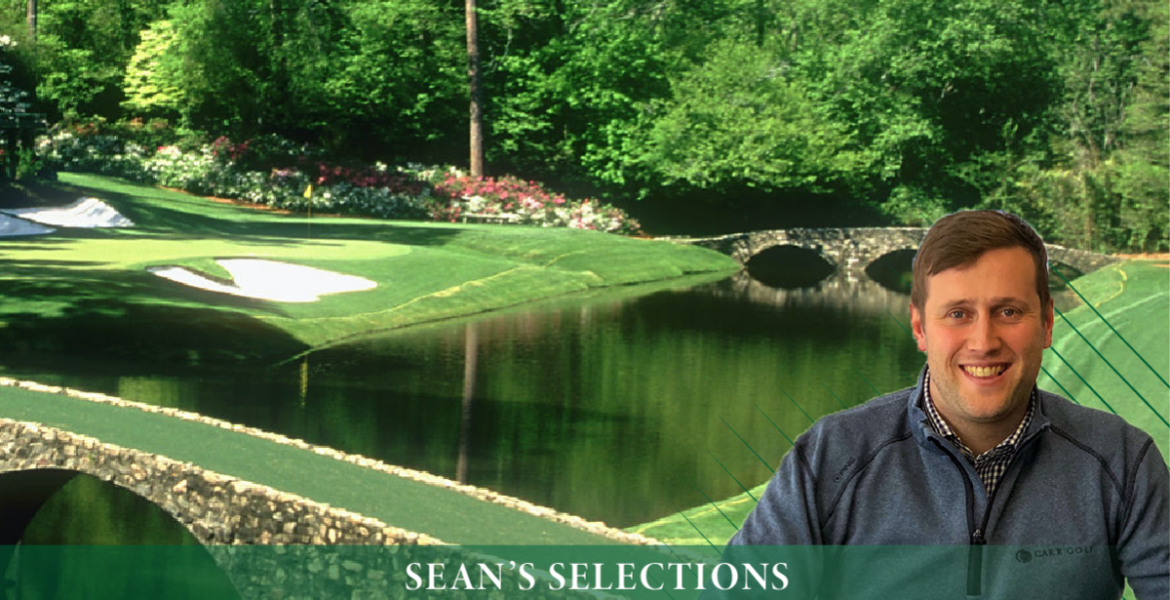 Comments Off on Sean’s Selections for The Masters

SEAN’S SELECTIONS FOR THE MASTERS

With the opening round at Augusta days away, there’s plenty of speculation about how the course will play. Early predictions suggest rain in the early rounds, with sunshine forecast for the weekend. How will this impact the course and who will gain an advantage in these conditions?

The perennial favourites will be discussed and have sound chances. Rory is chasing his grand slam, Brooks will be looking to insert more major dominance and DJ seeks the second major his talent deserves. How about the defending champion, Tiger, who at his best is always a major threat? He’s been rusty post-COVID, though you’d be crazy to write him off. Out of all the big names in the field, it’s perhaps no surprise to see US Open winner and man-mountain Bryson DeChambeau considered favourite.

Bryson has history at Augusta, he was round 1 leader in 2019, and prior to that he was leading amateur in 2016 and was at one stage T2 behind Spieth, who would eventually finish second to Danny Willet. It would be great to see Jordan return to winning ways, and perhaps Augusta may be the perfect venue for him to do so. However, he’s likely to have to get past Bryson first, who has a real chance to overpower Augusta. Power is a huge asset in golf, though for Bryson it’s the height and carry he generates, allowing lines off the tee that other mere mortals cannot even consider.

It seems that the Bryson effect is catching on. Fellow tour professionals are increasing their swing speeds and adopting his putting technique. Though at Augusta he will not have a green reader, which he has admitted in the past is something that he does rely on. Bryson has changed the game and should be commended on that. I look forward to seeing his approach at Augusta.

In terms of selections, whilst I believe Bryson’s current pricing at 8/1 is on the short side, one can see why he is favourite. Augusta has been a breakthrough course for many of the game’s leading lights in recent years, and I hope that continues this week. Tyrell Hatton has been in top form recently, landing two big tournament wins in 2020, the BMW Championship at Wentworth and the Arnold Palmer invitational. His Augusta record isn’t great, though he seems to be a more confident player now. He thrives around this time of year and in recent years has won three European Tour events in October and one on November. I’m hoping his accurate and sneaky long driving and great short game will see him finish somewhere near the top of the leaderboard come Sunday.

Colin Morikwa’s recognition as an emerging talent was cemented earlier this year when he won the PGA Championship. However, for me the man who finished T2nd that day, Englishman Paul Casey is my final selection. Whilst Casey missed the cut in 2019, his career Masters record includes five top 10 finishes, with three in the last five years. Casey has a golfing CV that any player would be proud of, though a major title would elevate his career to a new level. His form has been patchy, though don’t bet against him raising his game again this week.

Whatever happens on Sunday 15th November, it’s great to have the Masters back. It provides a few days’ respite and enjoyment from all the negativity in the world at present. We’ll miss the roars of the crowds but I’ve no doubt that this year’s event will be one to treasure for years to come.