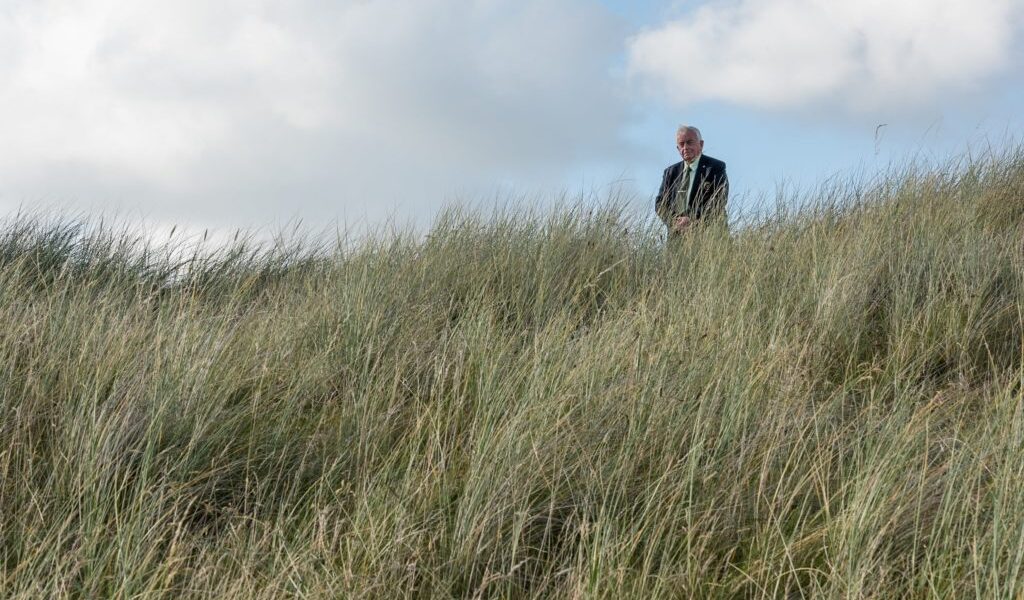 Comments Off on RIP Noel Cronin

The Carr families linkage with Waterville goes back to 1968 when John A Mulcahy bought a young Irish kid named Roddy Carr his first set of Toney Penna clubs as he was learning to play men’s golf at the Pine Tree golf course in Jupiter, Florida.

John A, as we knew him, came home to Ireland, which he loved. He single-handedly built one of the finest championship links golf courses in the World, one that has consumed and captivated so many people over the years, including our family. He truly loved his creation. It was his legacy.

Our families connection to Waterville has strengthened since our days playing in the Kerrygold Classic in the early seventies.  Roddy as the Professional and JB, Jody & Gerry as the amateurs, won the event which was one of the biggest Pro Am’s of that era. Our families bond continued to deepen when we started our World Invitational Father & Son event, now in its 31st year,  at the Waterville Golf Links. Noel had just recently commenced his role as the general manager of Waterville Golf Links at that time. 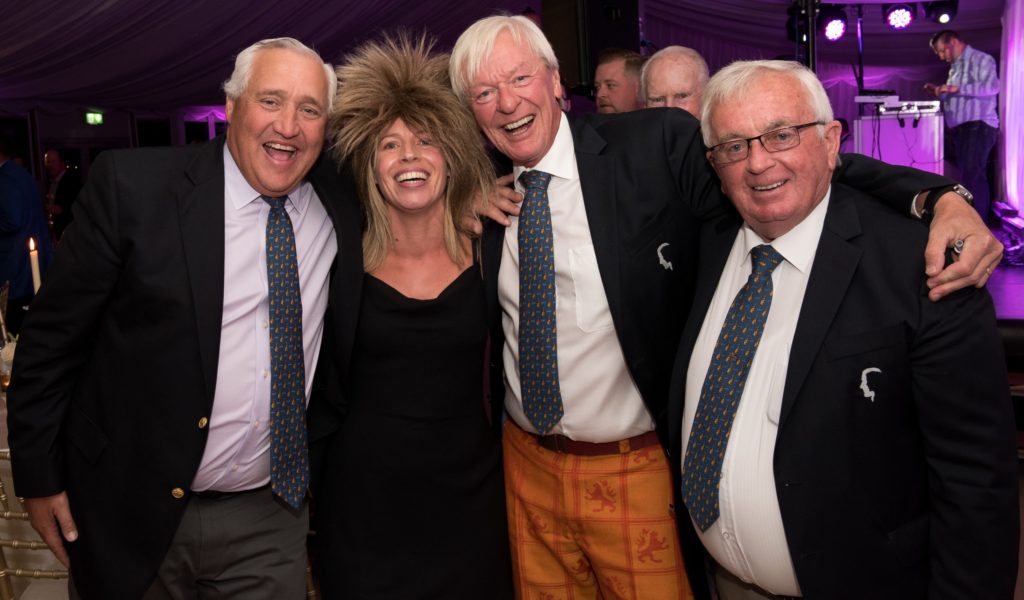 Noel and his Son Noel Jr. Won the Inaugural event but he refused to accept the prize as he said that the locals would end up dominating and ultimately ruin the vision of an international competition. At Noel’s suggestion, we presented him with an empty envelope as the local prize winner and remember him winking as he accepted it at the presentation. Today the World Invitational Father & Son is as much a tribute to Noel Cronin’s stewardship as a partner and his ability to see the big picture. It wouldn’t be the event it is today, without Noels support, advice, flexibility and encouragement through the difficult times. When the Carr family started the Father & Son and subsequently the Father & Daughter event, Noel supported us more than anyone will ever know.

Never was there a match made in heaven more than Noel Cronin and Waterville Golf Links. Prior to taking up this role Noel had spent his youth as a fisherman, he went on to drive American tourists to and from Shannon Airport before working for John A at the Waterville Lake Hotel.

Waterville creates this unique feeling that everyone gets when arriving; freedom, freshness, wildness, remoteness, beauty, but most of all it’s the friendliness of the Waterville people that carry the day and create memories for families forever. It helps that the golf course is one of the finest in golf and the setting second to none, anywhere. 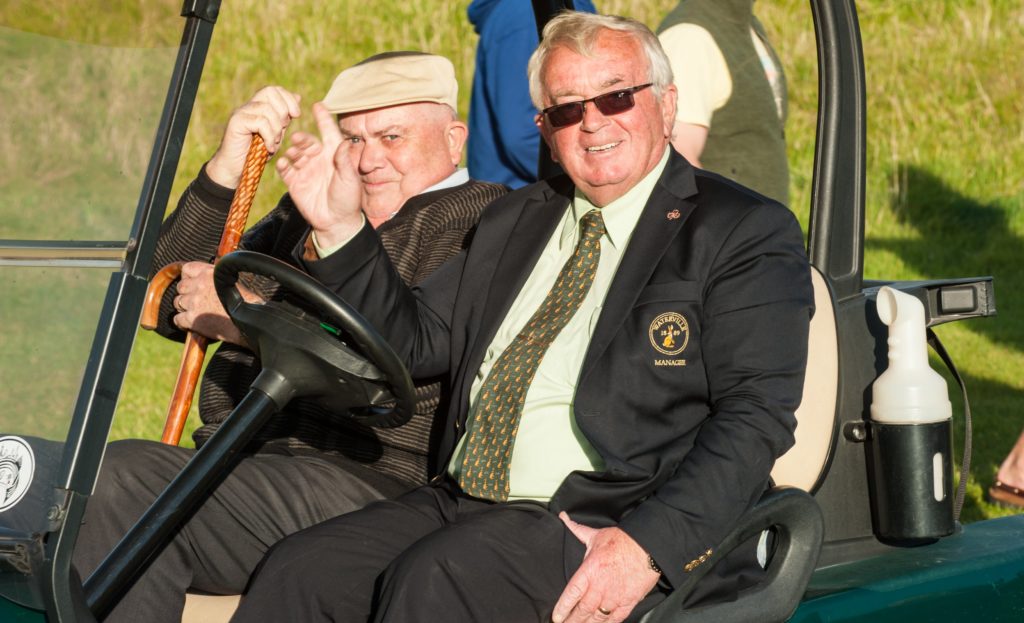 One man epitomised this feeling. Noel was a unique, humble, modest and warm Kerryman who offered a welcome (Cead Mile Failte) to everyone who crossed the threshold. Imagine that if you had to dream up the perfect Kerryman that embodied all the good things in life, it would be Noel Cronin. He was forever present in a beautiful unassuming welcoming way. Every time we went to Waterville, Noel was there, impeccably dressed in his Waterville blazer, tie and tie pin. He was ever-present around the clubhouse meeting and greeting all comers with a sincere and warm welcome, that is rare in these times. To Noel, there were no strangers, only friends he had yet to meet.

His trusty pipe would be ignited if he knew you and would subtly disappear Into his pocket If he didn’t, especially overseas visitors. Our Father JB and Noel were very close and always greeted each other with a warm greeting and JB would always needle Noel about smoking his pipe, being a reformed smoker himself.

For his generation he was unusual – he knew how to hug, which set him apart. Those of us who knew him well, would always share a warm hug, as we did last week in Orlando. He genuinely loved people and will never know the impact that he had on the thousands of visitors he touched when they visited Waterville. He always left you feeling better about yourself, every single time. 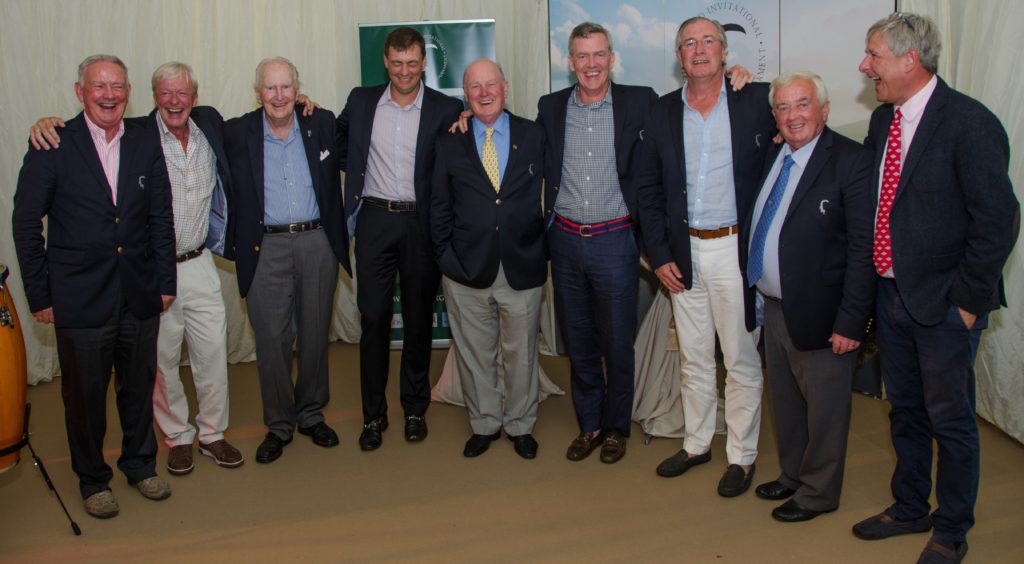 Three members of our family were at the PGA Show last week and had that final hug, just before he passed suddenly. He made us feel better, always.  Noel is a legend and is the epitome of the warm Irish welcome that makes our country such a special place to visit. It was our honour as a family to know him and to call him our friend. Arriving in Waterville will never be the same.

He was a humble kind man who left his mark. We will miss him as will thousands of others he crossed paths with over the years.