Eleven Years On, The Open Returns To Carnoustie Golf Links 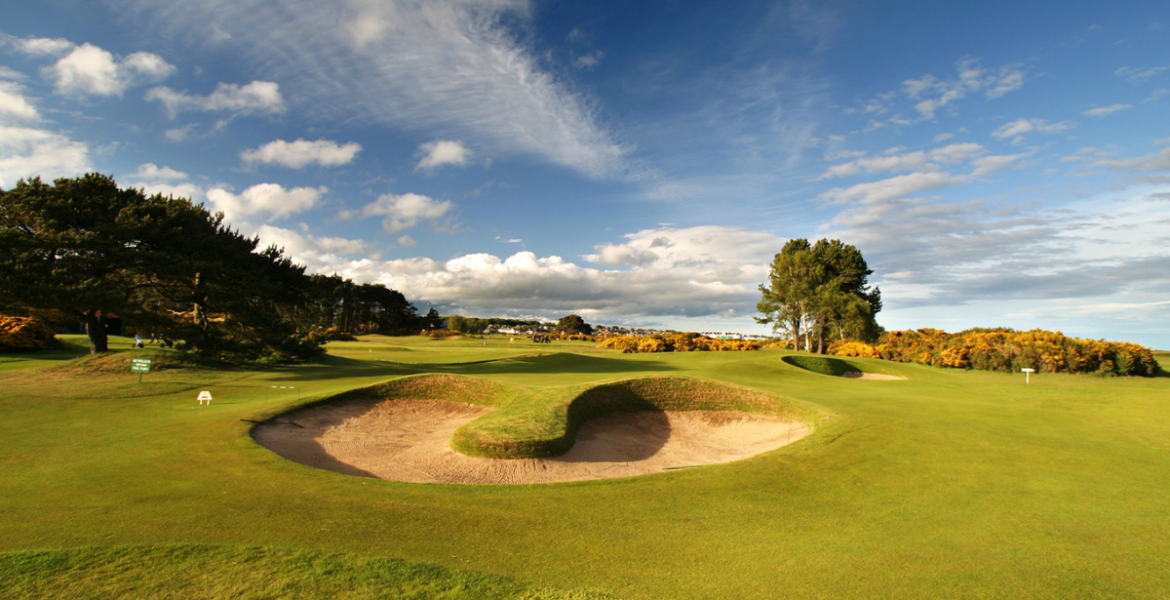 Comments Off on Eleven Years On, The Open Returns To Carnoustie Golf Links

A world-class event as epic as The Open deserves an equally classic itinerary to accompany it. The 147th Open – to be staged on Scotland’s Carnoustie Golf Links – makes an ideal cornerstone for an exceptional golf vacation incorporating some of the finest links courses on The Open rota.

Day One (Monday, July 16): Arrive in Glasgow where you’ll be greeted by your luxury coach driver (or, if you’re feeling particularly adventurous, upgrade to helicopter transport throughout the trip). Motor in style down the Ayrshire coast for the first round of the week at Prestwick Golf Club, The Open’s birthplace. Established in 1851, this golf architectural gem was The Open’s sole host from the inaugural rendition in 1860 until 1873.

A “must-play” for any discerning lover of the game, Prestwick demands precision strategy and execution. Beware of the five hidden bunkers on the glorious par-4 seventh – three lurk on the right side off the tee followed by two additional fairway bunkers menacingly waiting to collect any mishit approach shots.

Following the joyous round, settle in for the first of two nights at the splendid Lochgreen House Hotel. The charming country house sits on 30 acres of tranquil woodlands and beautifully manicured gardens. From first glance until checkout it’s easy to see why this luxury hotel earned five stars from Visit Scotland.

Day Two (Tuesday, July 17): Play Royal Troon Golf Club located less than a mile from the hotel. Phil Mickelson may have made this layout look easy when he carded a course record 63 in the 2016 Open, but anyone who’s played the dramatic links knows it’s anything but. A combination of unforgiving winds and deep rough interspersed with gorse and broom make accurate shot-making essential.

Watch Henrik Stenson relive his epic battle with Phil Mickelson in the best head to head Open Championship which saw him crowned “Champion Golf of the Year.”

Day Three (Wednesday, July 18): Journey down the coast to Ayrshire to play Turnberry. The Ailsa course, home to four Open Championships, underwent a transformation in June 2016 at the hands of renowned architect Martin Ebert. The layout was named “Redevelopment of the Year” by Golf Inc. Magazine where it was described as “an iconic property that has been restored immaculately without losing the proud history created over hundreds of years.”

A luxurious two bedroom suite with private dining options, the Turnberry Lighthouse is considered the best halfway in all of golf.

Following your round, return to the five star Balmoral Hotel. For over a century, the Balmoral has found a home at Edinburgh’s most prestigious address, No. 1 Princes Street. A landmark in the centre of the city, the historic building’s grand clock still dominates the skyline, while its enviable location, views, hospitality and five-star facilities provide the perfect retreat. The Balmoral began life as a grand railway hotel and continues to respect the traditions set by its founders, right down to the kilted doormen. If you ever feel like escaping the fast paced city lifestyle, rest up at the luxury Balmoral Spa and enjoy the perfect urban spa experience.

Enjoy views of Princes Street Gardens and Edinburgh Castle during your stay at The Balmoral Hotel.

Day Four (Thursday, July 19): Experience “the greatest day in golf,” 36 holes at Muirfield. Home of  The Honourable Company of Edinburgh Golfers since 1744, mighty Muirfield has hosted 16 Open Championships. It holds an important place in Carr Golf lore as it was the site of our late founder J.B. Carr’s 1959 Walker Cup singles victory over Charlie Coe where he won 2&1.

After a morning round on the Tom Morris design – renovated by Harry Colt in 1923 – visit the stately clubhouse for a lavish lunch. Charmingly traditional, Muirfield’s clubhouse enforces a strict dress code requiring a jacket and tie to enter. While inside, take time to explore as all the public rooms boast striking views of the course and contain a diverse selection of pictures, memorabilia and some of the finest first-edition golf books in the world.

After lunch, enjoy a spirited afternoon round of alternate shot play, a traditional (and quick!) game long enjoyed by the members of the club.

Day Five (Friday, July 20): Completing the golfing portion of this memorable vacation will be none other than a guaranteed tee time at The Old Course St Andrews. Recently awarded the 150th Open Anniversary to be played in 2021 and Walker Cup 2023, the Old Course is the holy grail for every golf traveler to Scotland. Speaking on his fondness for The Home of Golf, Jack Nicklaus said, “I fell in love with it the first day I played it. There’s just no other golf course that is even remotely close.” As an Authorized Provider of coveted tee times at the Old Course, we are delighted to give you the opportunity to fall in love with the course, just how Jack did.

Day Six (Saturday, July 21): To kick off your weekend, you’ll attend moving day at The 147th Open at Carnoustie Golf Links. Watch the world’s best golfers as they strive to make it into that Sunday final pairing. Known as one of the world’s most demanding links courses, the narrow layout is a tough but fair test featuring thick rough, devilish bunkers and all the challenge any golfer would ever want. The final six holes may well be the hardest finish to a round of golf in the game.

Day Seven (Sunday, July 22): Return home from this once in a lifetime adventure having seen the world’s best battle it out on Carnoustie and ticked off five Open Championship rota courses from your bucket list. Royal Portrush will be next up in 2019 to host this iconic tournament and we are delighted to bring you more exciting packages which you can view here.