Muirfield: The Greatest Day in Golf 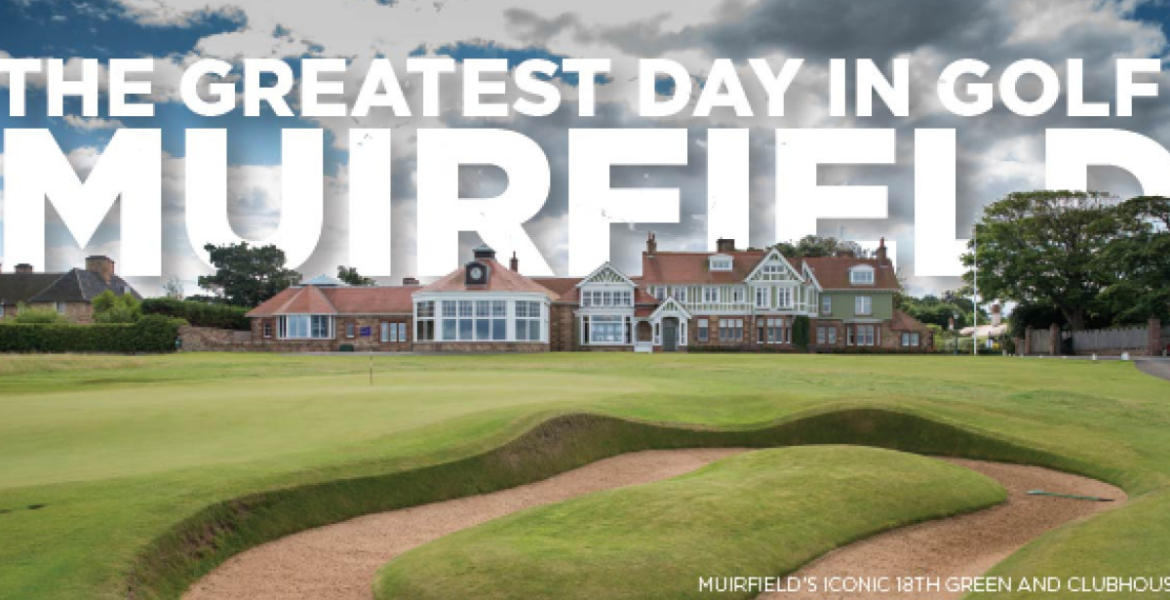 Comments Off on Muirfield: The Greatest Day in Golf

MUIRFIELD: THE GREATEST DAY IN GOLF

Regarded by many as the best 36-hole day in golf, Muirfield in Scotland is one of the truly great golf experiences. From the moment of your arrival, tradition and grandeur are palpable.

Muirfield, otherwise known as the ‘Honourable Company of Edinburgh Golfers’, remains one of the most sought-after courses in the world. The club released its 2022 tee-times on March 17th, St. Patrick’s Day. A Scotland excursion should be planned around a spectacular day at Muirfield.

Tradition has it that the morning round is played in a four-ball format, followed by a grand lunch, with the afternoon round played as an alternate shot.

The Honourable Company of Edinburgh Golfers, formed in 1744, has called Muirfield its home since 1891. The course has hosted more than 40 national and international competitions, including 15 Open Championships and the Ryder Cup in 1973. The list of post-war Champion Golfers lifting the Claret Jug here reads Cotton, Player, Nicklaus, Trevino, Watson, Faldo, Els and Mickelson. Jack Nicklaus completed his first career grand slam at Muirfield in 1966 and later described it as, “the best golf course in Britain”.

An Old Tom Morris design, Muirfield was renovated by Harry Colt in 1923. Its layout is a masterpiece, designed with two concentric rings of nine holes rotating in opposite directions, the front nine clockwise and back nine running anti-clockwise inside the front. The wind direction can change on every hole. 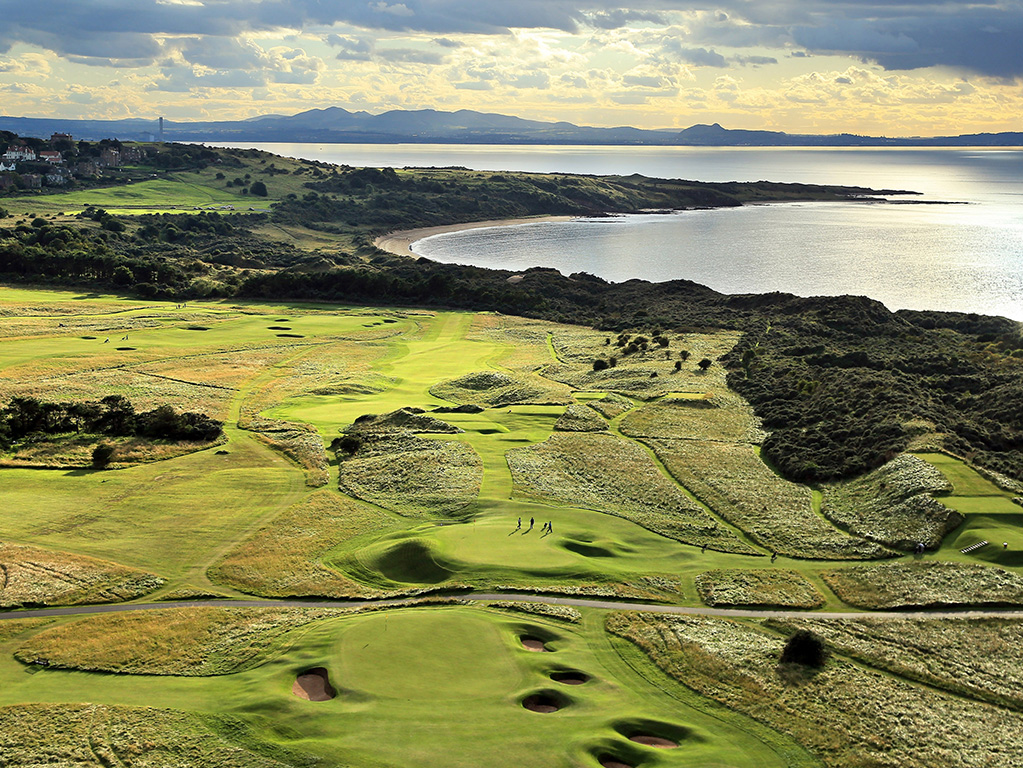 Muirfield holds a special place in the memory of our late founder J.B. Carr’s prolific golf career. The fact that he was never an outstanding putter made his singles victory over Charlie Coe in the 1959 Walker Cup at Muirfield particularly memorable. Carr was 1-up with seven holes to play when someone in the large gallery accidentally trod on his putter, snapping it in two. Unfazed, J.B. turned to his trusty 3-iron on the greens and closed out the match with a 15-footer on the 35th hole. 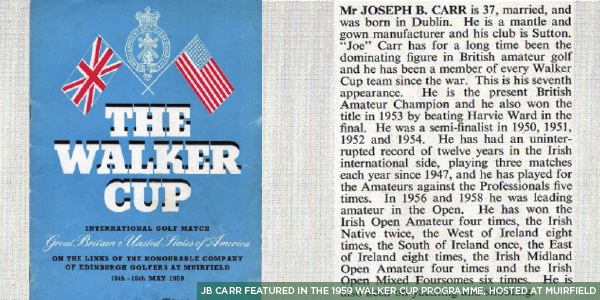 Though one of our favourite stories was when J.B. played The Amateur Championship in Muirfield in 1954 against Pete Toogood from Australia. The match was all square after 36 holes and went down the 38th. J.B. had a plugged ball off the tee, down by the wall at the left of the 2nd. The R&A referee at the time was Willie Whitelaw, who went onto become a cabinet minister in the Thatcher government. Willie, who was asked to make a ruling, turned and walked away towards the clubhouse without ruling. Another referee was summoned, he gave relief and J.B. went on to win the match.

When J.B. met Willie later in the clubhouse, he asked him why he had scarpered. Willie replied, “I had you backed to win Joe”.

It was Ironic that Muirfield played host to the Open Championship in the year J.B. was Captain of the R&A in 1991/1992.

Built in 1891, Muirfield’s clubhouse transports golfers to a bygone era. Delightfully traditional, its dress code has been relaxed in recent years, though still requires a jacket and tie for dining and post-round drinks. 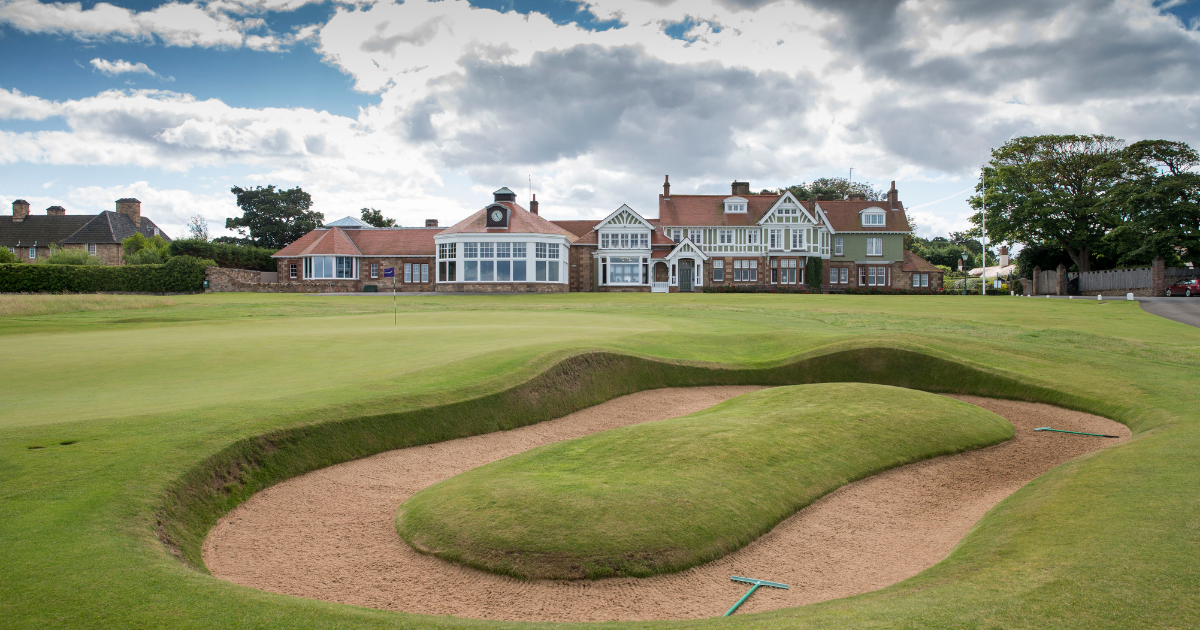 A morning four-ball is followed by a carvery feast, washed down with a port or kummel digestif. Take time to explore the public rooms looking out on the famous course with their eclectic selection of pictures, memorabilia, and some of the finest first-edition golf books in the world.

After lunch, head back out for a spirited afternoon round of alternate shot play, a traditional game long enjoyed by members of the club. The Smoking Room in the famous clubhouse is perhaps the finest 19th Hole in golf. 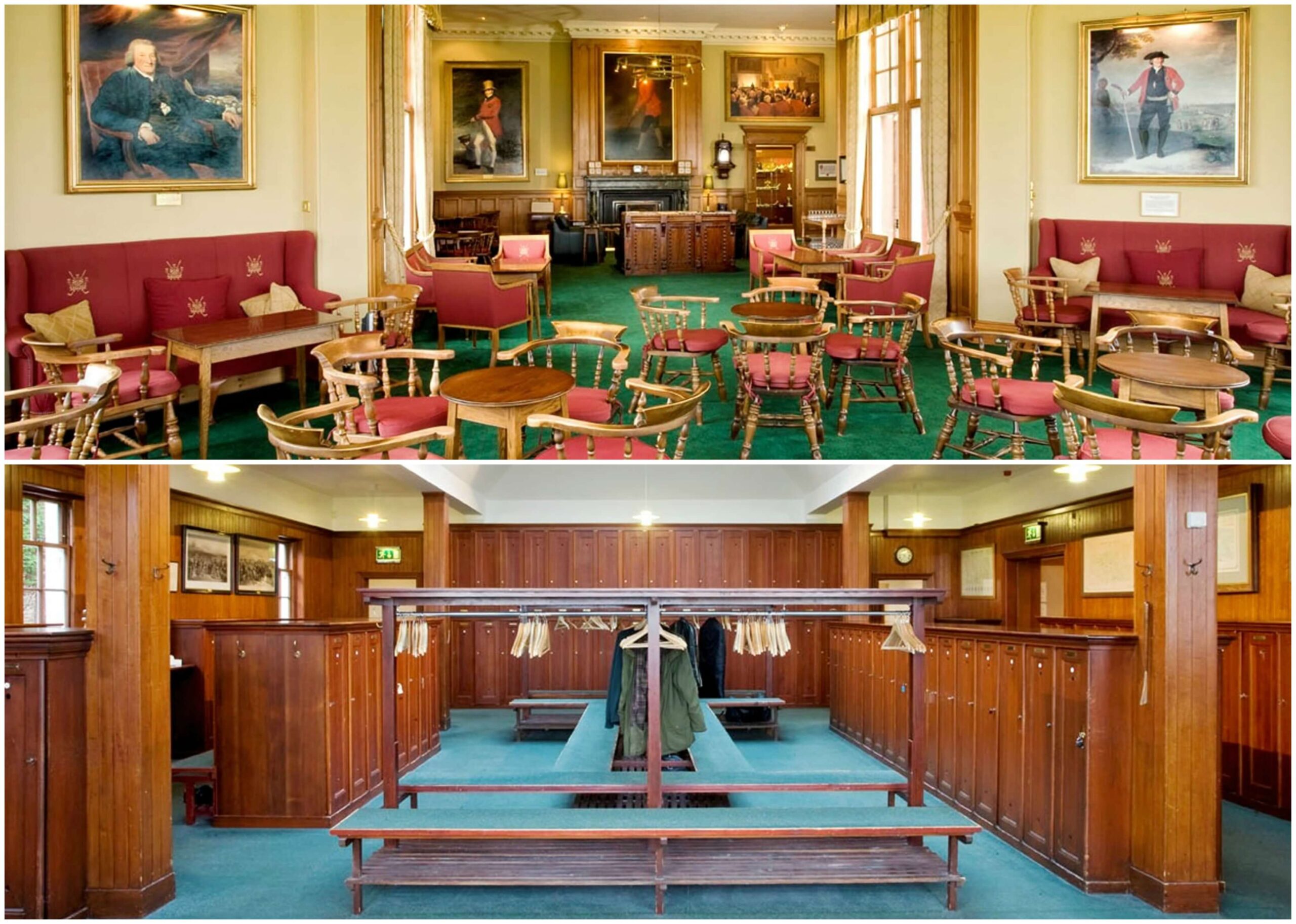 Muirfield is situated in a golf-rich area that gave birth to our wonderful game. It’s the ideal anchor to any Scottish golf vacation, with East Lothian host to a myriad of world-leading links courses.

Explore this wonderful part of the golfing world.