Magical golf in the Scottish Highlands 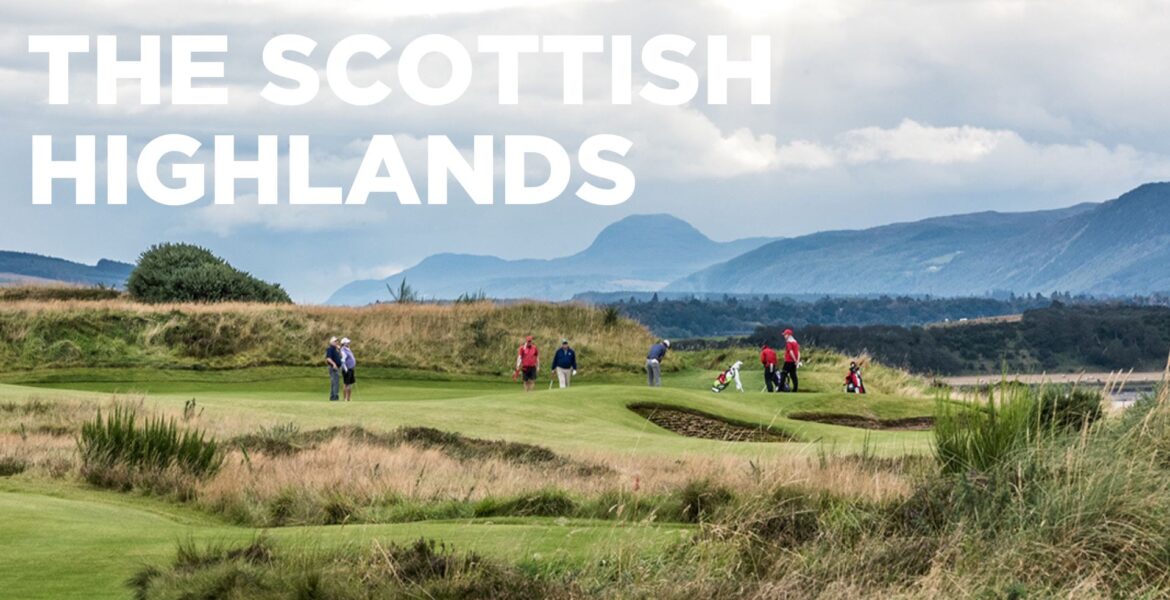 Comments Off on Magical golf in the Scottish Highlands

Golf in the Highlands of Scotland offers some of the most authentic Links experiences anywhere in the world.

It’s a magical place to play.

Let us take you on a journey to golf courses of outstanding natural beauty, many carved through ancient linkslands under the legendary eyes of Old Tom Morris, James Braid and Donald Ross. It’s a trip where you will grace centuries old fairways in the shadows of our golf forefathers.

A sublime morning’s drive from Edinburgh through the Scottish Highlands sits the picturesque coastal town of Dornoch, host to golf for over 400 years. It’s the birthplace of Donald Ross and home to a world-class links course, Royal Dornoch. 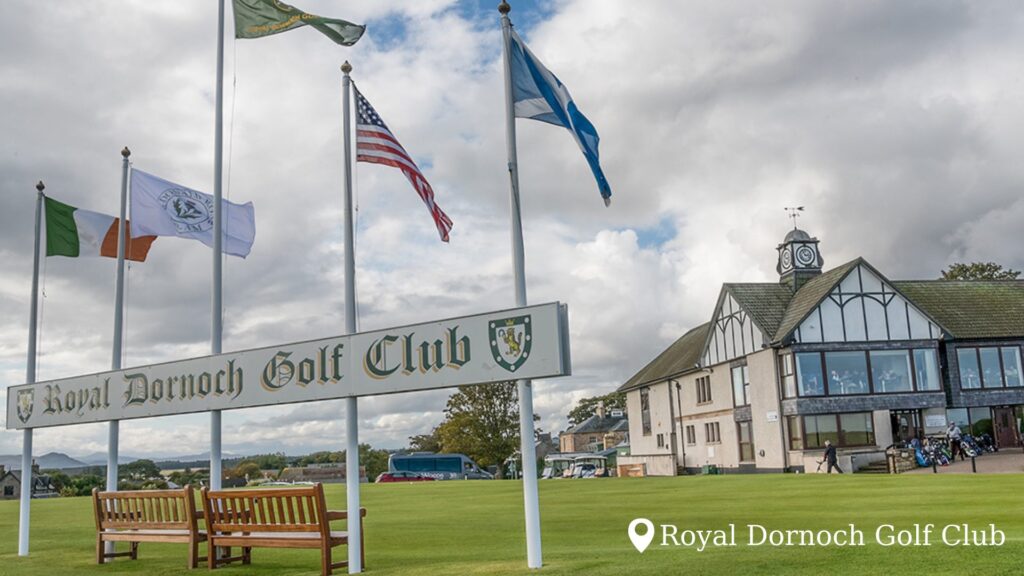 Founded in 1877 and granted ‘Royal’ status in 1906 by King Edward VII, Dornoch is currently 4th on Golf Digest’s ranking of the ‘World’s 100 Greatest Golf Courses’. Golf great Tom Watson says, “It’s the most fun I’ve ever had on a golf course.” Now an honorary member, Watson is in good company alongside fellow club mate, Masters winner Ben Crenshaw. 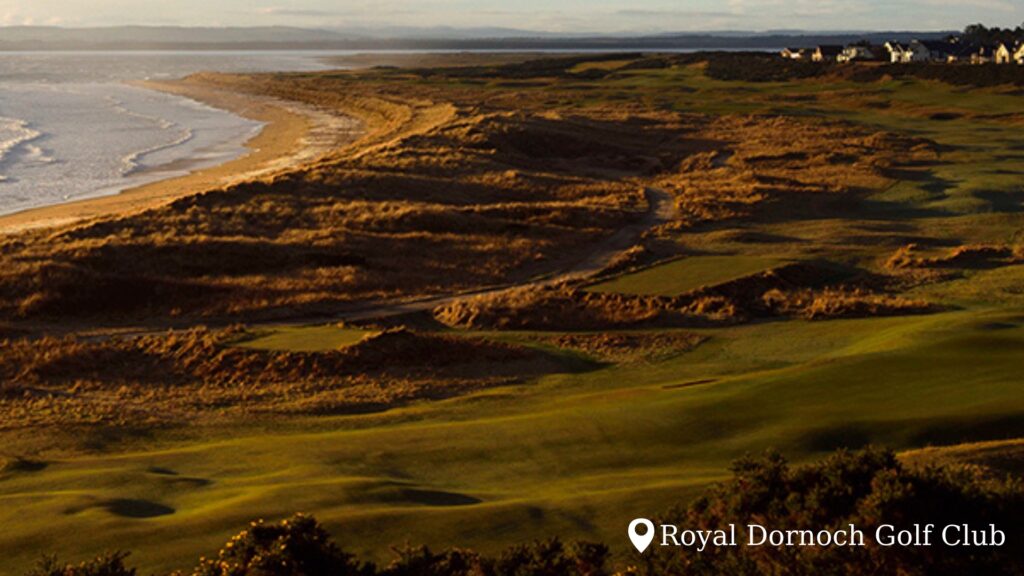 Said Donald Ross of his beloved home course, “Modesty forbids me saying more than it is the most beautifully situated links in the world, and that no American golfer should omit to go there, where he will find the best golf, a royal welcome and no rabble.”

A scenic 30-minute drive north of Dornoch lies a truly unique and pure golf experience, one you must discover. Formed is 1891, Brora has remained largely untouched since 1923 when it was extensively remodelled by five-time Open Champion, James Braid. 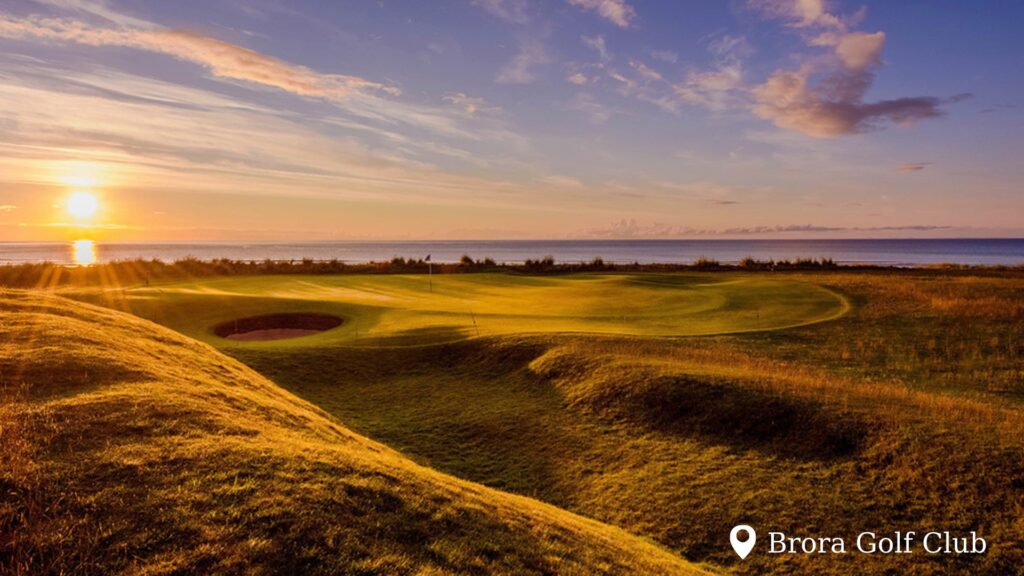 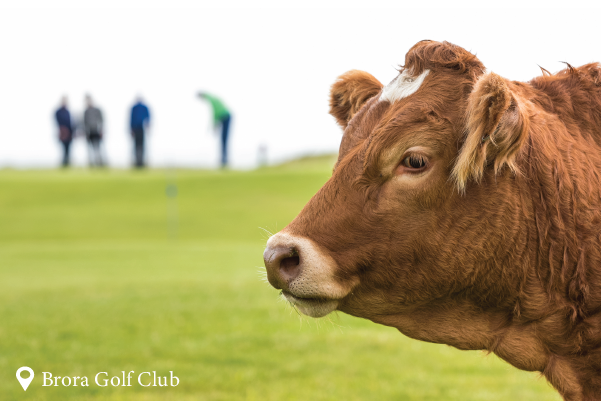 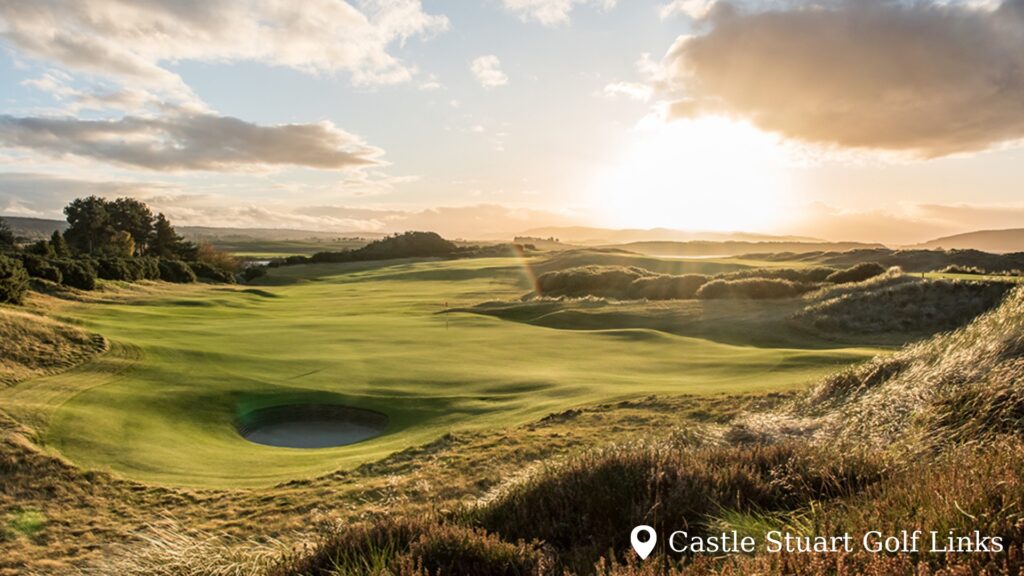 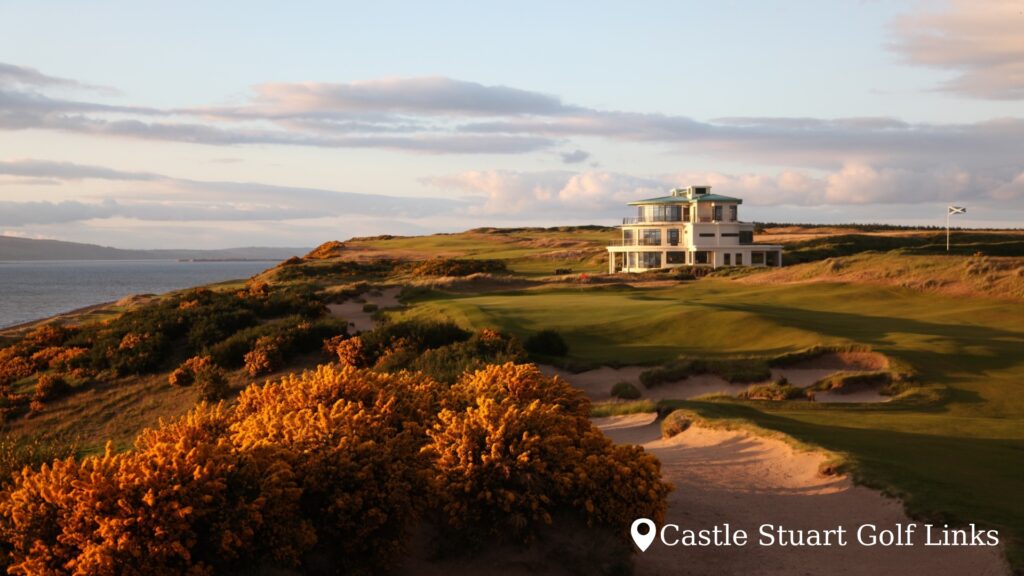 A 19th hole drink perched on the stunning rooftop terrace of the 1930s ‘Art Deco’ clubhouse is a fitting close for a well earned dram. 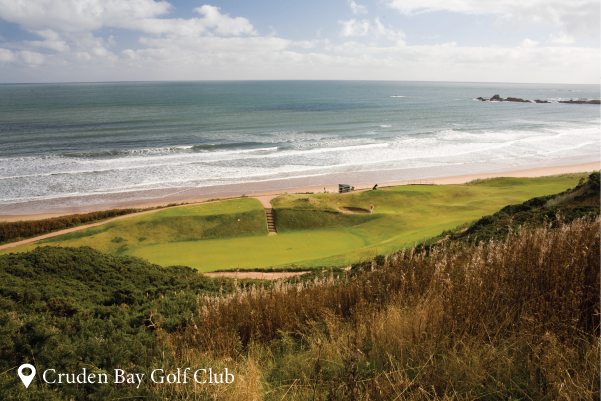 On arrival a member offers a clubhouse tour, with a dining room view you’ll find tough to beat. The course presents a fun challenge with heritage and character reserved only for traditional links. 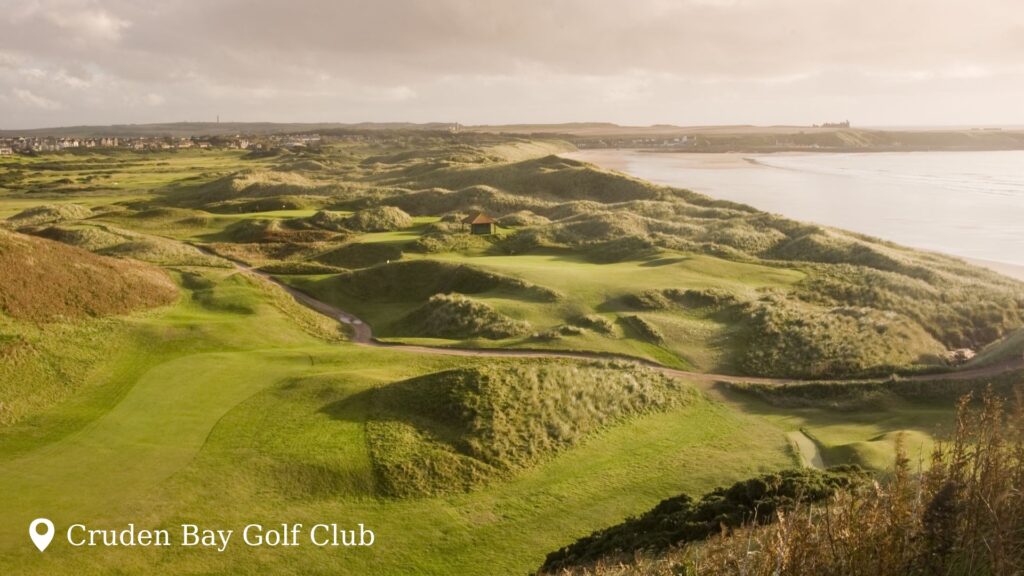 Elevation changes and dunes provide the most wonderful panoramic vistas – the views looking back from the 9th tee box will leave you speechless. We absolutely love it here.

Founded in 1870, Royal Aberdeen is the 6th oldest golf club in the world, and an experience that links purists will adore. The original Balgownie Links course was remodelled by Archie Simpson in 1886, with alterations to bunkers and green complexes made by James Braid in 1925. 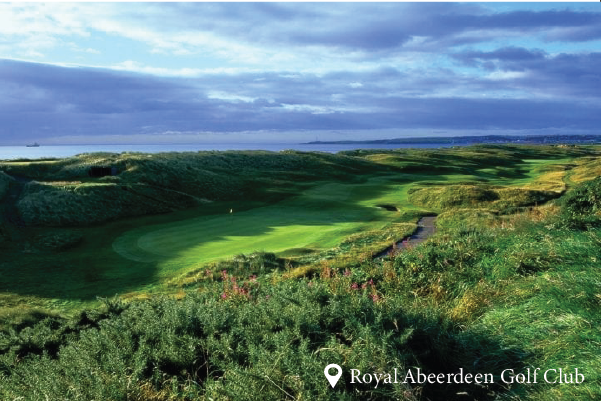 Royal Aberdeen’s front 9 is often cited the best in world golf. Fairways, cut deep into towering dunes, run parallel to the sea before the turn at 10 brings you back on higher ground with stunning sea views… and gusting winds. 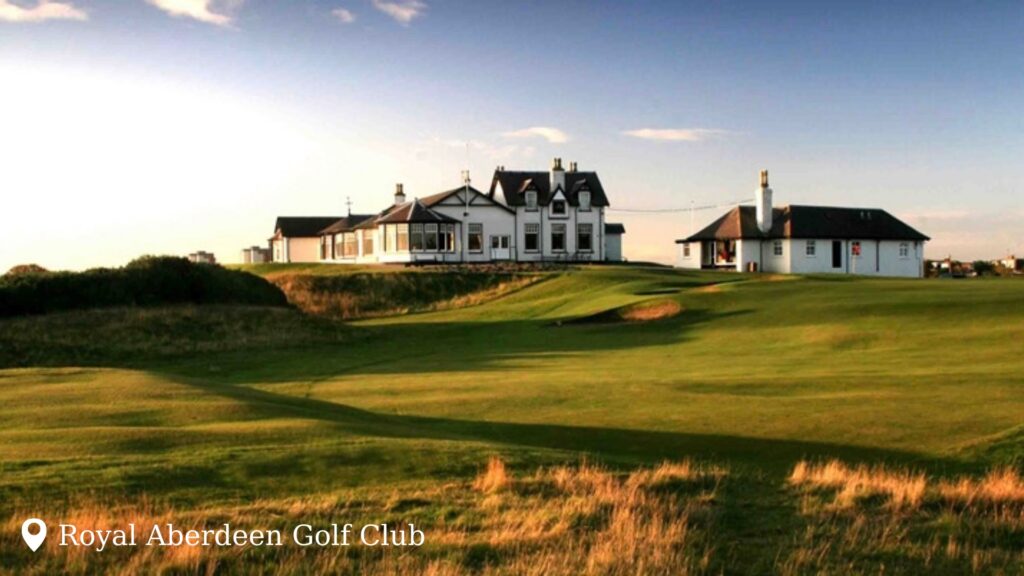 The 18th is a brutal 400-yard par 4, with a long second shot over swales into an elevated green in front of the clubhouse.

Dornoch is a charming town dating back more than 4,000 years, rife with historic landmarks, including Dornoch Cathedral which was built in 1224 and hosted its first service in 1239. 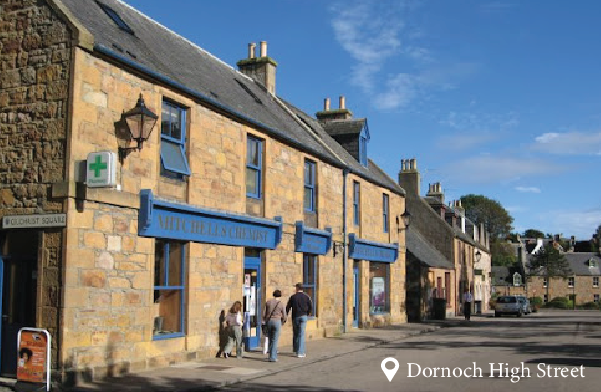 The Links House at Dornoch is a luxurious 15-bedroom Highland retreat, built in 1843 and situated a chip and run from Royal Dornoch’s first tee. Classic interiors, including a bespoke tweed, offer a homely grandeur that complements the restaurant’s wonderful fine dining. 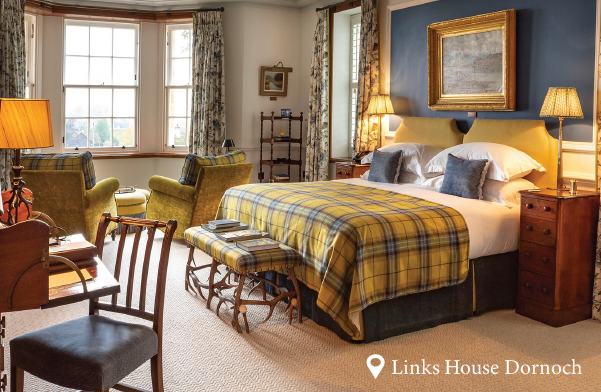 The Scottish Highlands are known for magnificent castles and Dornoch has two glorious examples: Dornoch Castle, now a first-class hotel, and grand Skibo Castle, once the home of Andrew Carnegie. 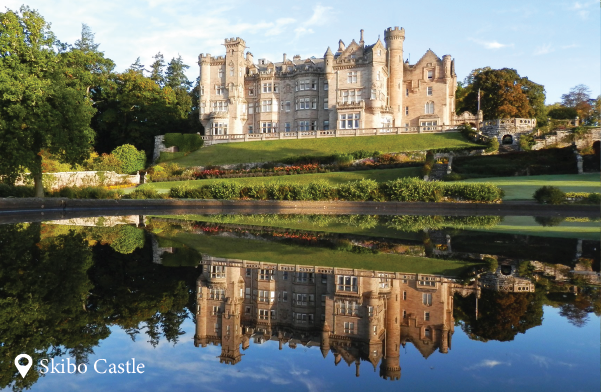 Scottish Highlands are also home to some of the finest and renowned single malt whisky distilleries. A trip to Sutherland wouldn’t be complete without a Clynelish Distillery tour and tasting, or a visit to Dornoch Castle’s Whisky Bar with its vast selection of rare vintage whiskies. 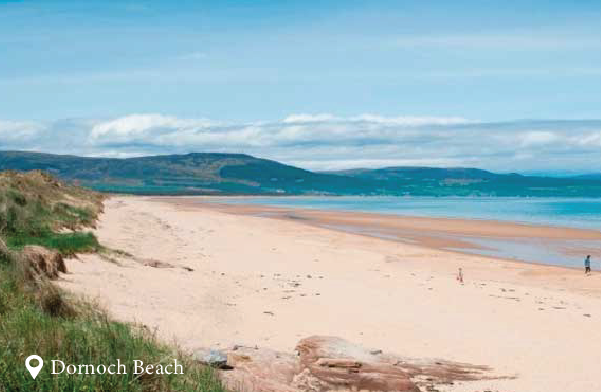 Although the name ‘Dornoch’ is derived from Gaelic for ‘pebbly place’, the seaside town boasts a mesmerizing sandy beach with beguiling views out over the North Sea.