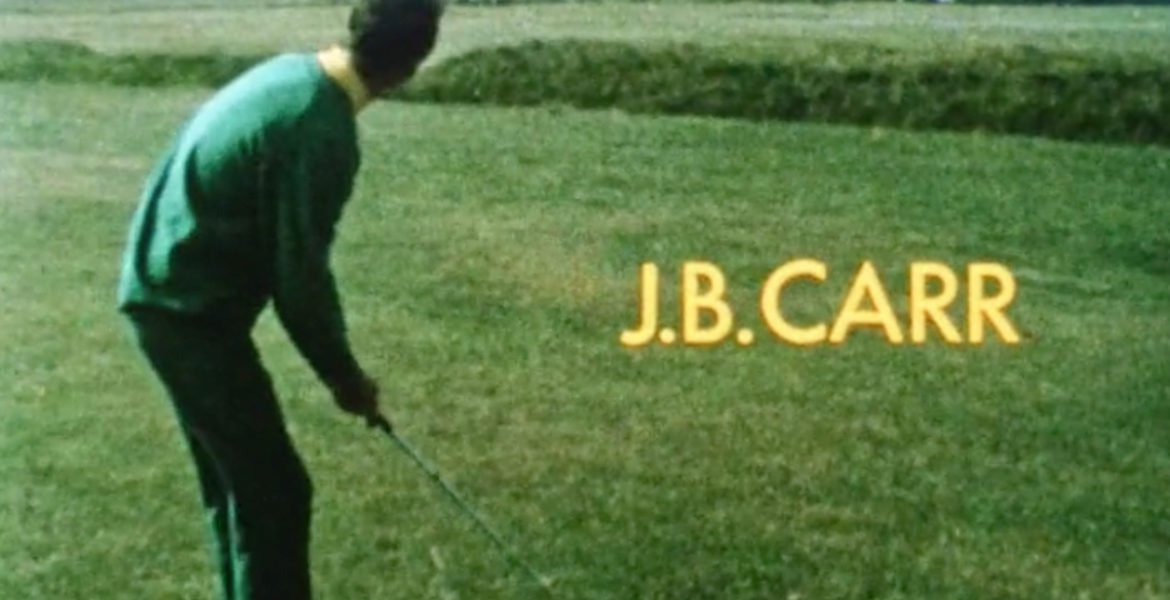 Made by Robert Monks Film Services for Bord Fáilte Ireland in the 1970s this promotional film highlights the landscape and climate that makes Ireland so suitable for golf. A wealth of golf courses around Ireland are showcased, with the beautiful Irish countryside providing an unmatched backdrop for the game.

J.B. Carr represented Ireland in numerous amateur golfing events throughout his long career. In 2007 he was elected into the World Golf Hall of Fame in the Lifetime Achievement category followed by Christy O’Connor (or “Wristy Christy” as he was also known) two years later. Both golfers dominated Irish Golf throughout the ‘50s, ‘60s and ‘70s and were revered as national heroes who famously took on international giants and beat them.