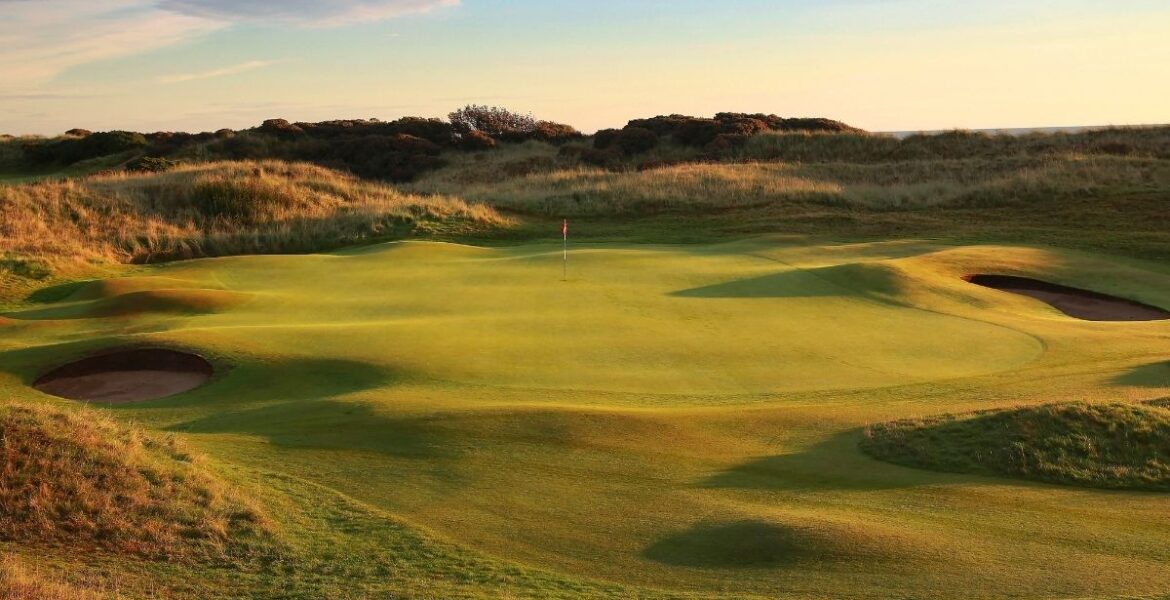 After 18-months of pandemic hibernation, the streets of Dublin are again coming to life with Irish culture and craic. With an International Airport just 20 minutes from its world-renowned restaurants, luxury hotels and traditional pubs bursting with live music, Dublin is often the first and last stop on golf trips to Ireland.

Our eastern seaboard is one of the most underrated regions for a capital city-based golf experience. At least half a dozen trophy links and hidden gems lie within an hour’s drive of downtown Dublin. 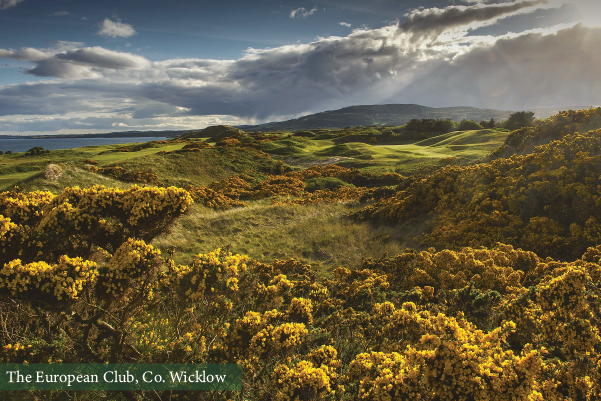 A relatively new, though no less exceptional links experience can be found at The European Club. Rory McIlroy once declared the Pat Ruddy course as, “probably the best links course I have ever played”. Regularly ranked in Ireland’s Top 10, The European Club continues to be a family affair, with Pat’s son Gerry and daughter Sidon running the club. It’s a unique challenge best suited to the more accomplished golfer, designed by the architectural historian behind the Glashedy course at Ballyliffin and the epic Sandy Hills at Rosapenna. 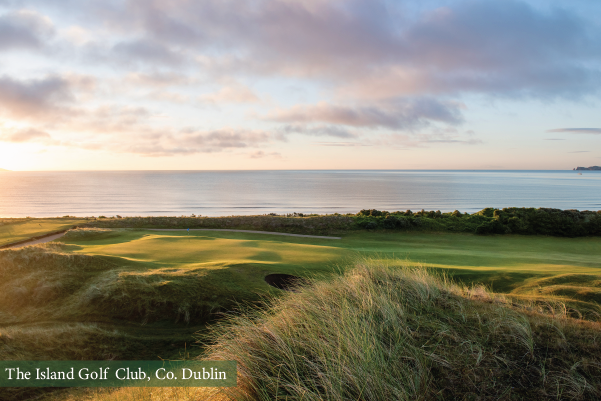 Located on a small, isolated peninsula just 30-minutes north of Dublin is The Island Golf Club, host to the R&A’s Amateur Championship in 2019. Famed for its dramatic natural dunes, a suite of MacKenzie & Ebert improvements to its front 9 was completed in 2020. With the lengthening and changes to the course layout, more tournament hosting will surely be on the cards.

Despite being one of the first dozen golf clubs in Ireland (est. 1890)—and the third oldest in the Dublin area—The Island remains one of the east coast’s best-kept secrets. A UK golf magazine once wrote of the club: “The best course in Ireland you have never heard of. Play it and tell no one.” 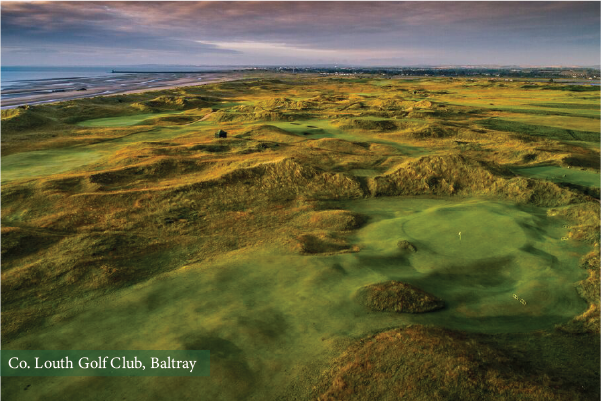 County Louth Golf Club, also known as ‘Baltray’, was founded in 1892 and has played host to many elite tournaments throughout its history, including the Irish Open in 2009 won by then amateur, Shane Lowry. J.B. Carr won twelve East of Ireland Championships on this links, where wind and dunes are a constant and the fairways blessed with natural elegance, defined by pristine green complexes. It provides an honest test at a true championship venue. 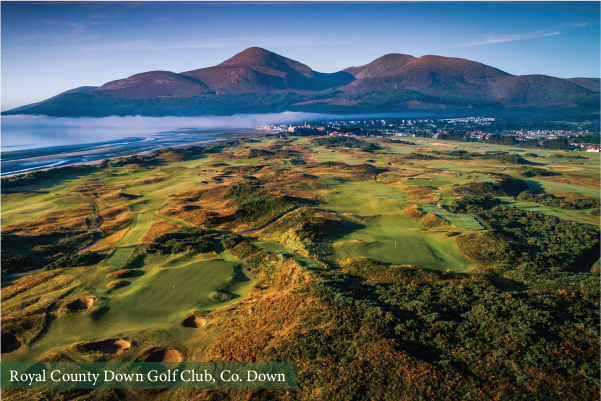 Your experiences at County Louth will prepare you well for Royal County Down, located two-hours north of Dublin. An inspiring Irish links layout, the course opened in 1889 and is ranked #1 in the world – 40% who experience the course vote it the best they’ve ever played. Royal County Down packages blind shots with perilous, dramatically shaped bunkers and small conservatively contoured putting surfaces that feel even smaller when winds gust in off the Irish Sea. It’s a stunning experience that will live long in the memory. 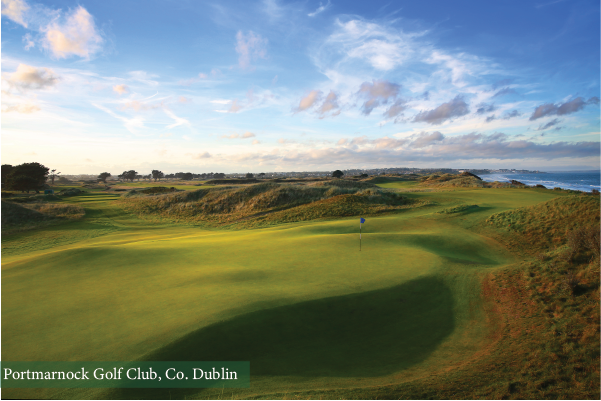 A quintessential Irish golf trip along the country’s east coast must include a round at Portmarnock Golf Club. Founded in 1894, the course plays along the southern tip of a peninsula that juts out into the Irish Sea—a layout that has hosted 19 Irish Opens and the British Amateur Championship in 1949 and 2019.

Portmarnock is consistently rated number #1 in the domestic Irish rankings. J.B. Carr was raised at the club, where his adopted parents were steward and stewardess. Portmarnock provides an ideal conclusion to a golf traveller’s journey. After all, Bernard Darwin once declared, “I know of no greater finish in the world than that of the last five holes at Portmarnock.”

You’re spoiled for golf choice when touring the east coast. Flying under the radar are three absolute gems that literally sit alongside the lauded trophy courses. Sharing the same stunning links topography, they provide an ideal combination of 36 hole days. 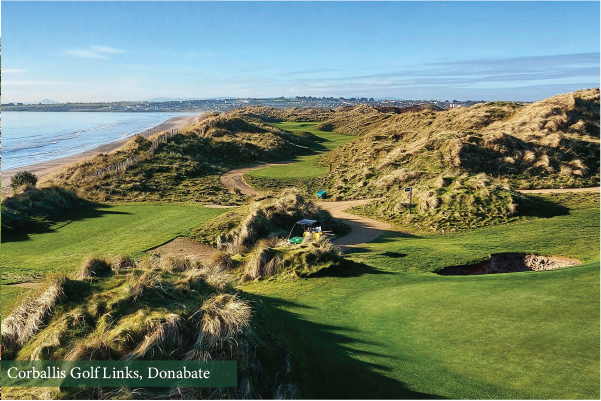 There’s Corballis Links, a much-loved member of the Irish links family with breath-taking sea views along the North Dublin coastline. This special par-66 adjoins The Island and offers a unique golfing challenge to test all levels. 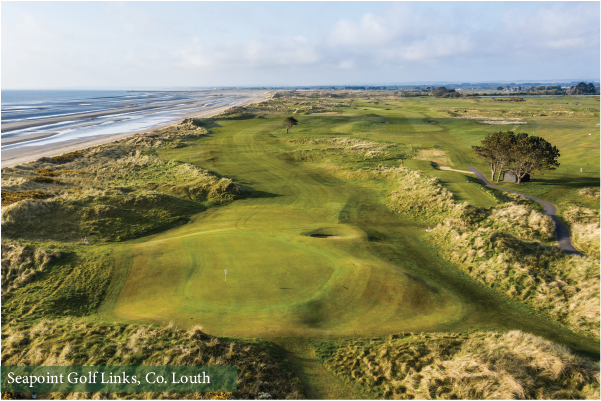 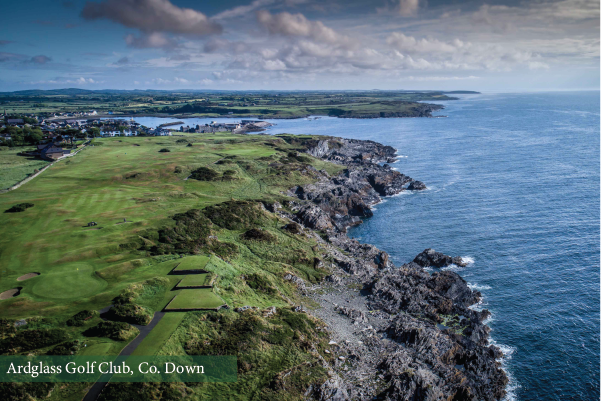 The wonderful Ardglass Golf Club was founded in 1896 and lies under the shadow of Royal County Down. It is quite simply one of the most spectacular courses in Ireland, not just the east coast, with dramatic elevation changes and holes running alongside craggy cliff edges. A significant programme to improve its bunkers and tee complexes was completed in 2020, enhancing the course’s well-earned tagline, Awesome Ardglass.

We know your vacation is much more than experiencing links golf. It’s the characters you meet along the way; your driver, your caddie, the concierge at your hotel or even the bartender serving you that cold pint at the end of a ‘hard’ day!

We are fortunate to welcome golfers from around the globe to enjoy our wonderful Isles, to experience and soak up our world-renowned hospitality. Dublin’s pubs with their pints, whisky, traditional music and craic will soon be open again. 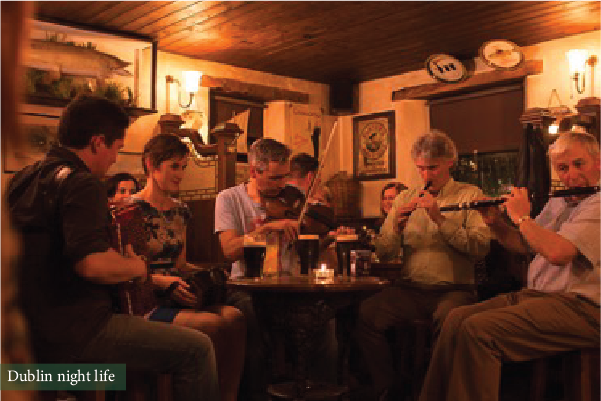 Whether you’re going on official tours and tastings at places like the Old Bushmills Distillery or Jameson Distillery, or simply sipping the spirit as a nightcap, there’s just something special about sharing a glass of whiskey with family and friends. 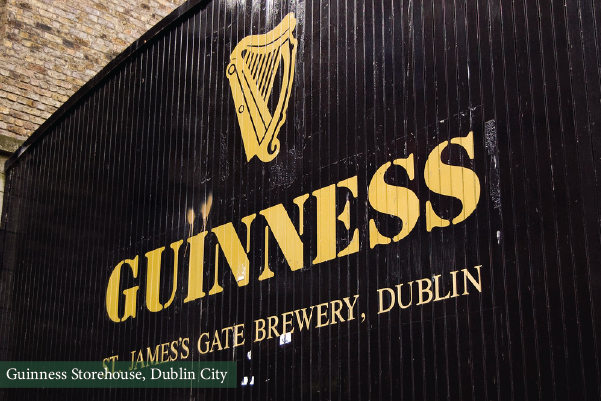 As for Guinness, it just tastes better in Ireland. Be sure to tour Dublin’s Guinness Storehouse if you have the chance. Indulge in the “Connoisseur Experience” for a truly unique tasting experience. The tour concludes at the rooftop Gravity Bar, which offers dramatic 360° views of Dublin with plenty of free Guinness along the way to sweeten the deal. 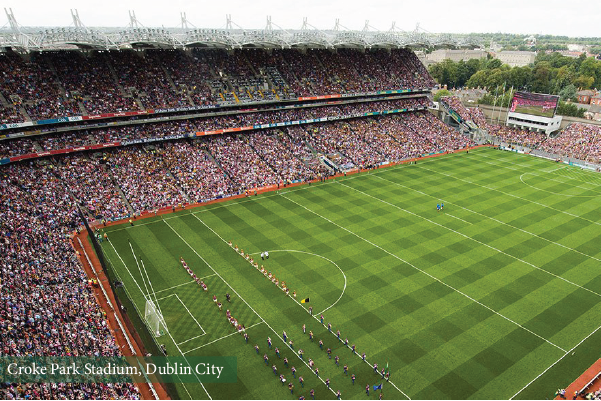 Ireland’s most popular sports, hurling and Gaelic football are played for the pure joy and satisfaction it brings, as well as for local community pride. While players train like professional athletes, both sports are purely amateur and not a single player is paid.

If you’re in Dublin, check out Croke Park. The Gaelic Athletic Association (GAA)’s headquarters and at 82,300 capacity, the largest sporting arena in Ireland. All-Ireland Finals take place here in September where teams battle it out for the highest honours in front of a unique atmosphere, unrivalled anywhere in the world.

With our vaccine programme gathering pace, Ireland will this summer begin to return to its vibrant self. By the time Spring 2022 arrives, we’ll be rearing to go!

We can’t wait to host you and help create memories that will last a lifetime, in the meantime check out our Dublin & East Coast Package!

Yours in golf,
Marty & the team at Carr Golf