An Assault on Augusta by Roddy Carr - Carr Golf Travel

An Assault on Augusta by Roddy Carr 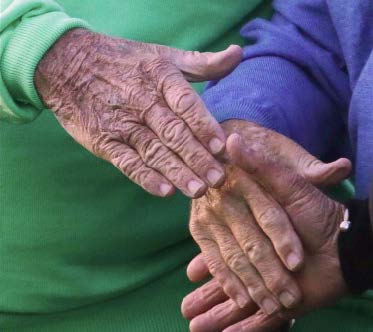 Comments Off on An Assault on Augusta by Roddy Carr

AN ASSAULT ON AUGUSTA

There is a mystique about the Masters like none of the other Majors. Perhaps it’s the foundations laid by its founder Bobby Jones based on old fashioned sportsmanship, integrity and respect, qualities that seem a little scarce these days in the US.

I remember the aura of charisma almost like a halo that surrounded Mr. Jones even in his wheelchair when I met him on the back of the 18th green with my father, who was playing in his final Masters as an Amateur in 1969. He and his wife Mary would have afternoon tea with ‘Pop’ and my mother Dor after every round in the famous Butler cabin.

My father was the first Irishman to become a member of Augusta and in those days, with only telex and snail mail, my father would wear the famous green jacket around the house and to events at Sutton golf club to the delight of his friends and the members.

Augusta has always held true to his core values as I am sure it always will through a carefully managed succession plan for its Chairman, who is the boss. It is a place where bad manners are not tolerated no matter how big or famous you are or think you are!

It is interesting to see the behaviour of the tour players their wives and caddies, the commentators, the press and the patrons during the Masters. Everyone behaves, all the time. Why? If you don’t you don’t get invited back, simple as that!

It’s a quiet, beautiful, serene and peaceful place until the bell rings with the game’s greatest ever legends opening proceedings with the ceremonial drive in at 0800 on Thursday morning. I was lucky enough to be there for the last time that Arnie, Gary and Jack did it together. The photo below is the last time the ‘Big Three’ all shook hands together at Augusta.

This week for the first time in its history it will be silent and without Patrons.

It has been fascinating to observe the hype that has been building steadily since the beginning of COVID lockdown when arguably the game’s biggest ‘disrupter’ announced his premeditated plan to launch a physical assault on Augusta the likes nobody ever imagined or dared to undertake.

It is a scientific approach based out of research that Augusta can be brought to heel by brutally overpowering her. There have been rumours since DeChambeau’s extraordinary win at the US Open that Augusta were plotting a defence by planting trees, growing rough etc. etc. It is not true. That is not the Augusta way. The subtlety and genius of the design and greens strategy is such that you cannot win at Augusta unless you’re a genius around the greens. ‘Soft’ hands and a deft touch like Seve, Crenshaw, Mickelson and Olazabal are what work at Augusta. You will need imagination not science with the brute force if you are to win this week Bryson. Watching him hitting practice balls on the Augusta range this week was the most violent act of a golf swing I have ever witnessed. It was almost irreverent in its fury, but also so exciting to see the commitment to his strategy.

It will be the most fascinating Masters for many a year as this brave and bold young man launches his attack against a seemingly defenceless autumn Augusta. If he wins it could be a gamechanger for golf going forward and for the new breed of athletes like Johnson and Koepka and those that will follow in their footsteps.

Having seen the train wrecks that have happened over the years at Augusta my money will be on the old lady of Augusta to find a way to defend herself from the brutal assault that DeChambeau will launch upon her on Thursday morning.

It’s great for the game and for the Masters in this crazy COVID 2020 year.