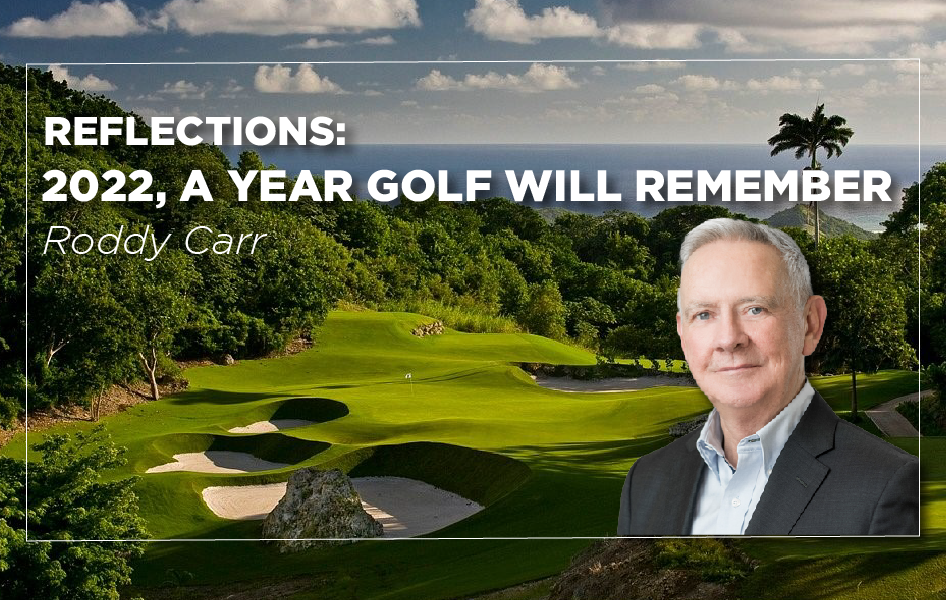 Comments Off on 2022 – A Year Golf Will Remember

With 2022 in the rearview mirror, Roddy Carr reflects on some memories and personal highlights from a year that will live long in the memory of the golfing world.

In summer 1934, Henry Cotton opened with two rounds of 67 and 65 to lead the British Open.

Those of a generation may remember the famous Dunlop 65 ball, launched to commemorate that famous second round. A fitting tribute, only four players broke 70 that year over the famous ‘Sandwich’ links. Quite the achievement, given the old wooden shafted clubs and balls that resembled bars of soap. 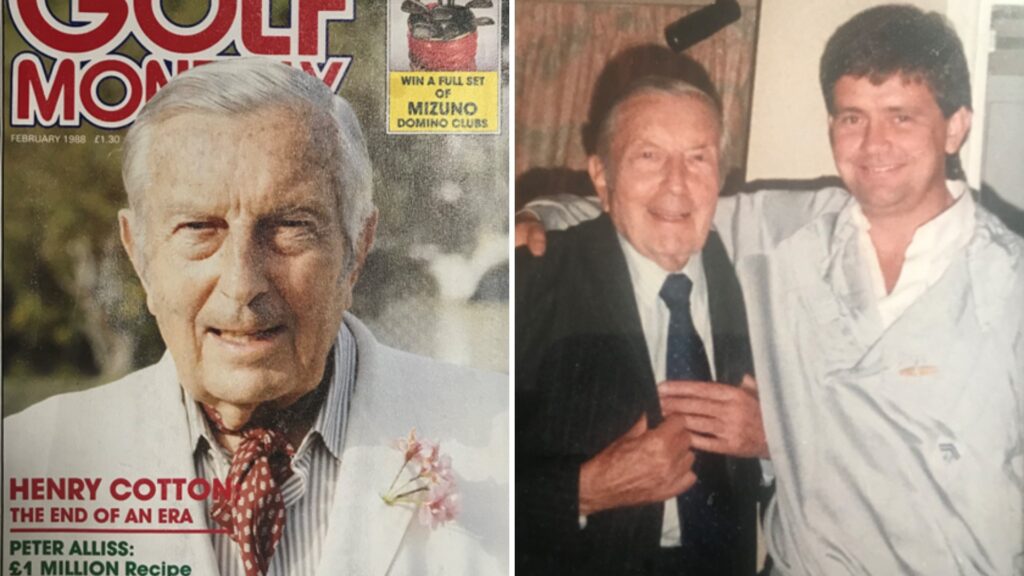 I had the honour and pleasure of living and playing with Henry towards the end of his life in Penina, Portugal. With no television in those days, Henry would hold court each evening and tell stories of his life on Tour with legends of that era; Locke, Hogan, Sarazan and Snead.

He would regale how on the Monday prior to the 1934 Open, when he arrived at the Royal St. George’s clubhouse front door to be asked by the uniformed doorman if he was a professional or amateur? “A professional”, he answered politely, only to be abruptly told that he could not enter the clubhouse and must head to the caddy shed to change his shoes. If he wanted food, head to the kitchen side window, at the back of the clubhouse!! He thanked the doorman and went about a day’s work.

The following day he arrived at 11am in a chauffeur driven Bentley and parked directly at the bottom of the grand entrance stairs. ‘Jeeves’ his butler quietly and efficiently opened the boot and went about setting up a small picnic lunch table, complete with linen and Waterford glass, on the first level of the stairs. He served caviar and champagne to Henry on the steps, without a word spoken before he went for his second practice round.

After his 72 in the third competition round to lead by 10 shots, his eccentric Argentinian wife ‘Toots’ rented the field behind the car park and arranged for a marquee and champagne reception for ‘Pros-only’ to celebrate his epic Open win.

It was a game changing moment in golf when rules on golf ‘professionals’ entering clubhouses at the Open were changed forever. Walter Hagen, the flamboyant American golfer, pulled a similar stunt in the USA to change things across the pond. 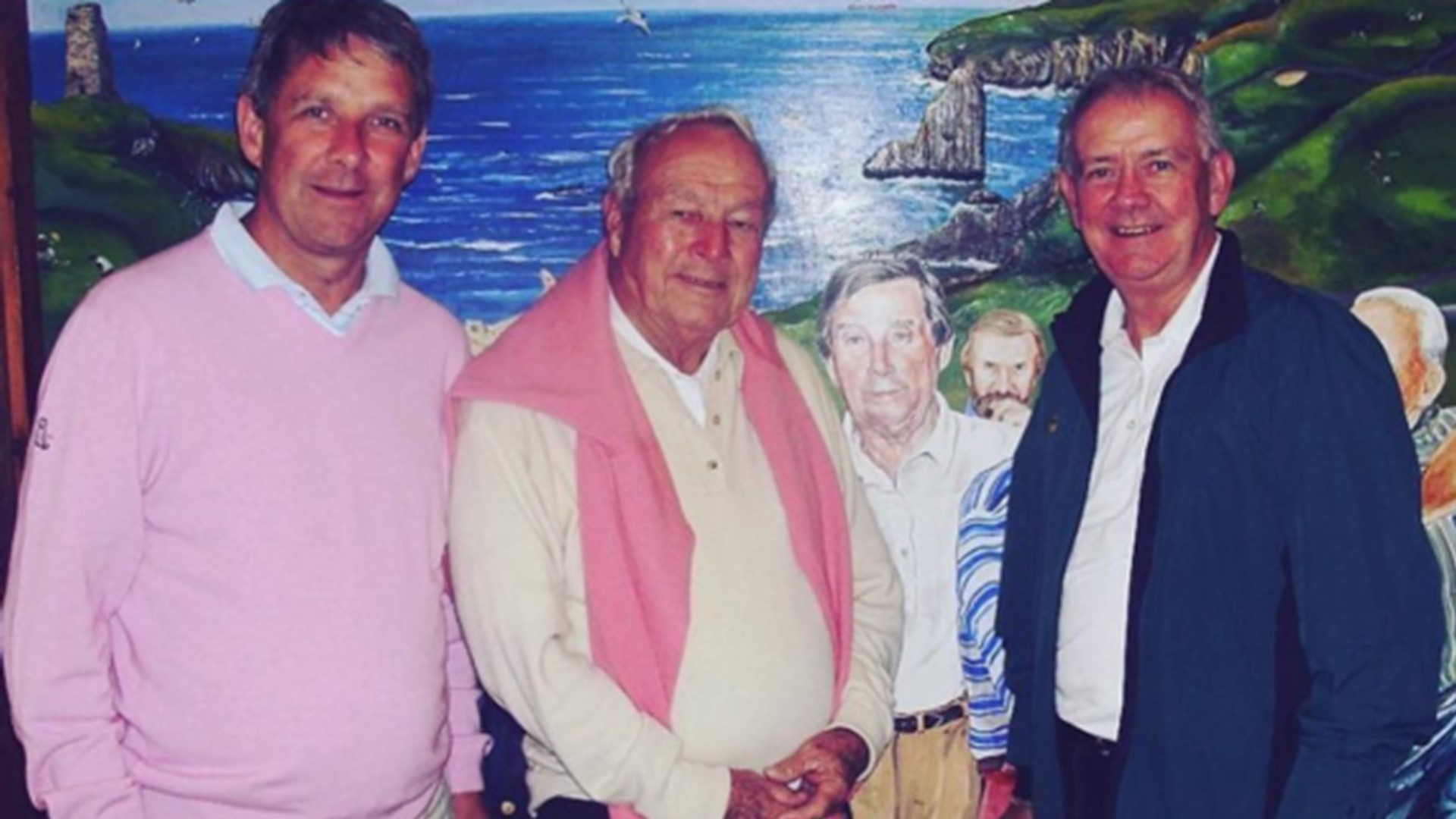 Professional golf had grown organically in the form of the Professional Golf Associations (PGAs) since their 1901 inception in the UK and 1916 in the USA. It wasn’t until 1968 in the USA that a players’ group of the PGA of America moved to establish the PGA Tour, with Joe Dye as the first commissioner, with support from ‘The King’ Arnold Palmer, who quarterbacked the move at the time.

Across the pond, it wasn’t until 1972 that John Jacobs and Neil Coles lead the breakaway players’ group, under the strong Scottish leader of Ken Schofield.

I joined the European Tour in 1971 and was fortunate to work closely with both John, ‘Dr. Golf’ who was my father’s and my coach and with Ken, whom I was later to work with after my playing days were over, promoting 30-plus European Tour events in Spain with my partner Seve Ballesteros.

Things went smoothly for both sides until 1994, when Greg Norman attempted to launch the World Golf Tour. Deane Beaman, PGA Tour commissioner at the time, told me over dinner one night in Dublin that Arnie and Jack had stood up in a players’ meeting and derailed the attempted coup, saying “the PGA Tour had made a lot of people’s careers and you should all do a lot of thinking before you decide anything.” They had said their piece and the World Golf Tour movement was buried….it was game over!

Succession planning on the PGA Tour has been meticulous over the years, with the next leaders planned and executed with seamless precision. The European Tour was not so smooth, a players’ committee heave in 2015 brought about change with the first ‘outside’ Chairman and new CEO Keith Pelly. This has led to a strengthening of the relationship with the PGA Tour through a strategic business alliance. 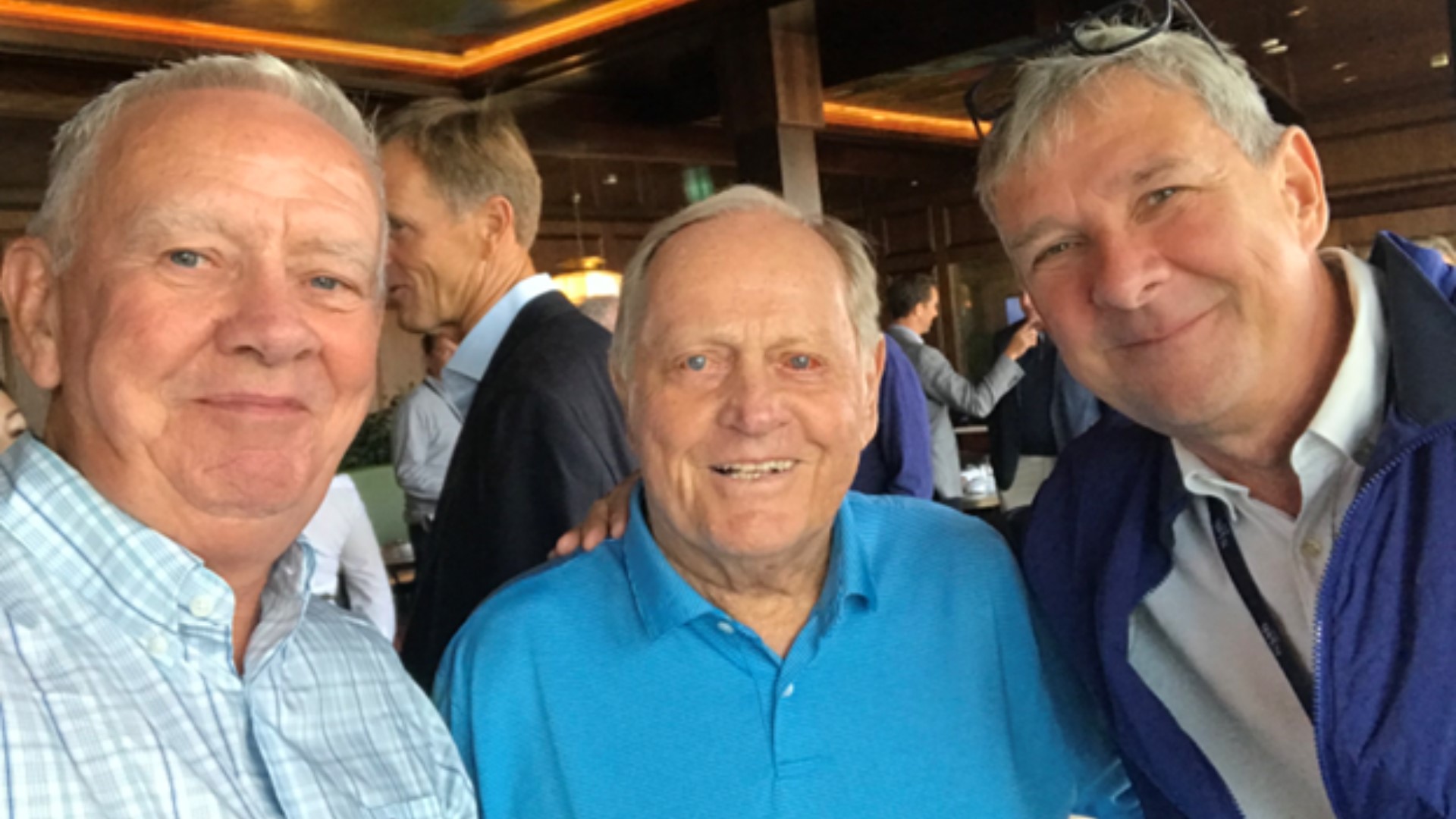 The emergence of new leadership in the R&A, USGA, PGA of America and at Augusta, all from traditional backgrounds and with like-minded views about the true values and integrity of the game of golf, has led to a strong and powerful alliance at the top for the game of golf.

Enter LIV Golf. I have heard it described as the biggest ‘disrupter’ and ‘fracturing’ of professional golf in its history. Nobody expected it to have such a polarising effect on the players from both Tours. I witnessed first-hand at the JP McManus Pro Am at Adare Manor this year, when my brother Marty and I went down to the Tack Room dungeon bar for a nightcap, to find it inhabited solely by ostracised LIV players and their partners.

It spoke volumes to me about the reality of growing tensions, that seem to have since deteriorated further. Wives and families are no longer talking, fellow Ryder Cup team mates are no longer friends and the rhetoric at the top is toxic. It is not a healthy situation for the game of golf.

Ultimately, I believe golf’s foundations built on integrity, respect, honesty and international friendships will win out, but only time will tell. 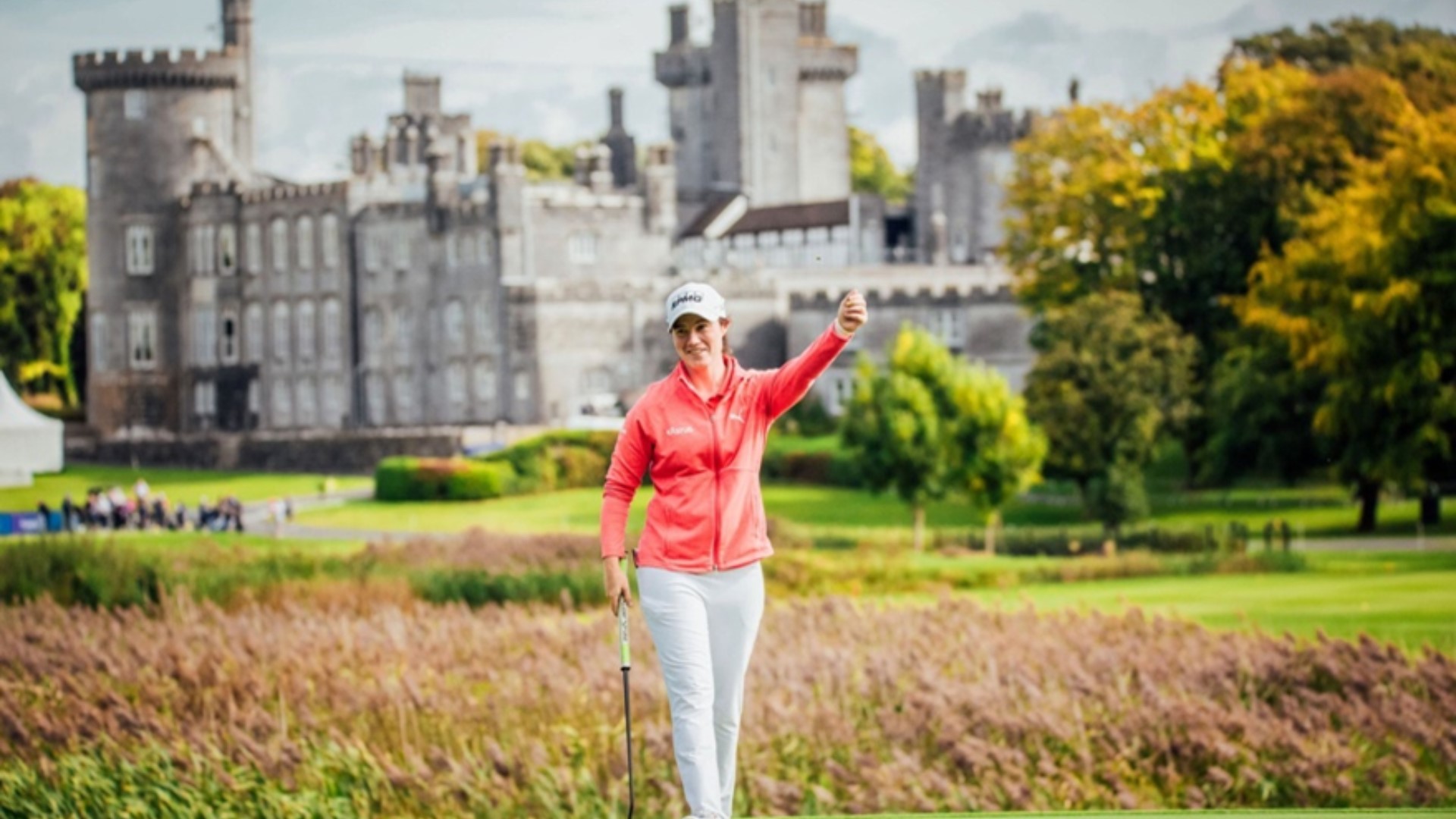 A personal highlight of 2022 was witnessing the rebirth of the Women’s Irish Open at Dromoland Castle, following a 10-year hiatus. I had the pleasure of promoting this event from 2007-2012, as the build-up to staging the Solheim Cup at Killeen Castle. Leona McGuire’s participation at Dromoland and her relentless pursuit to become the #1 player in the world contributed greatly to the event’s outstanding success. I wish Leona continued success on her journey. 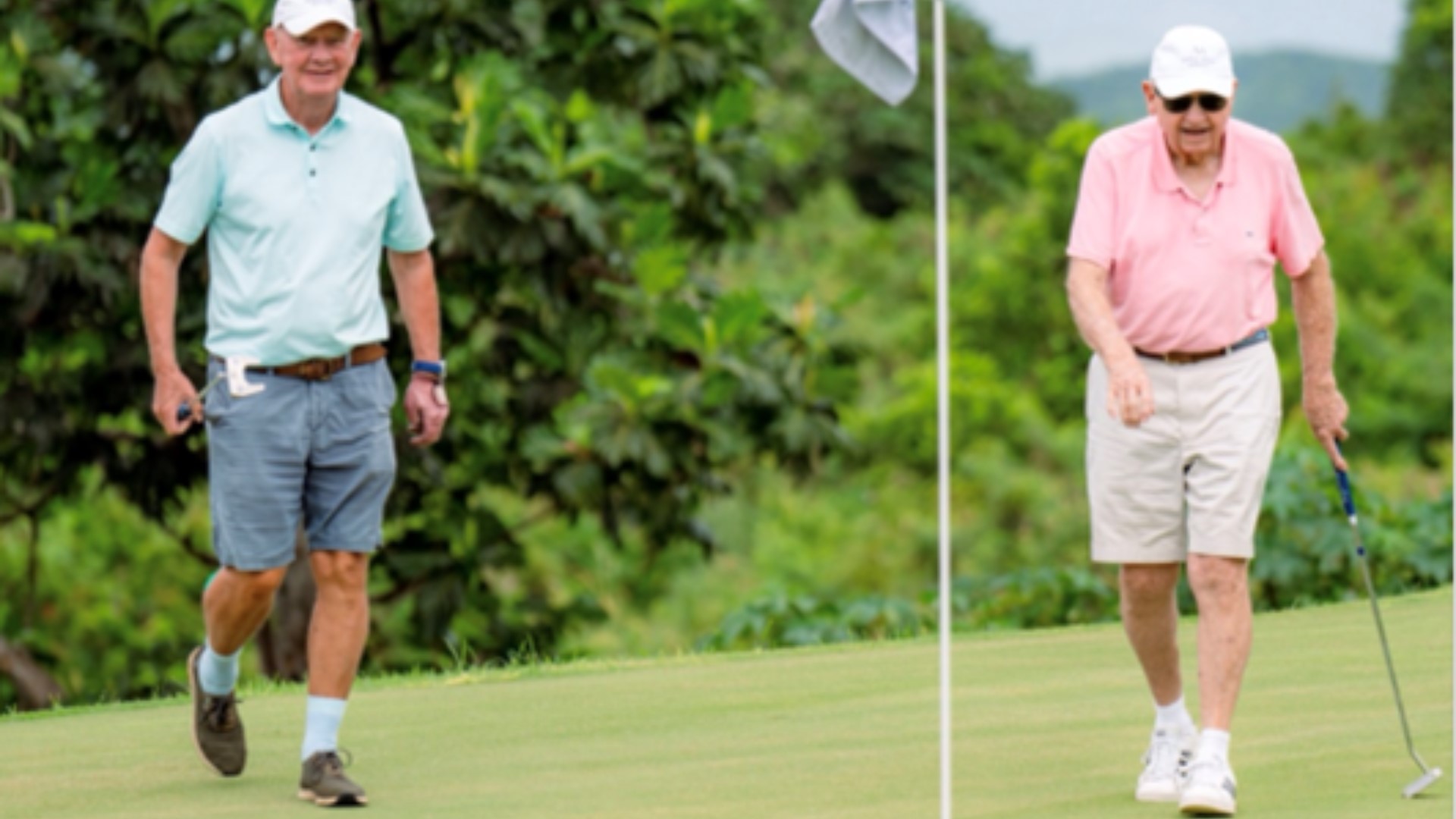 Finally, after three years in Barbados as part of the team that has reimagined and renovated the Apes Hill Golf Resort, my time on top of this beautiful Caribbean Island has come to an end. Working with the legendary Ron Kirby (of Old Head fame) at the age of 90, alongside the support of visionary new owner Glenn Chamandy, has been one of the best and most enjoyable chapters of my golf life.

A happy New Year to all.